Another electric scooter, this time from Mini 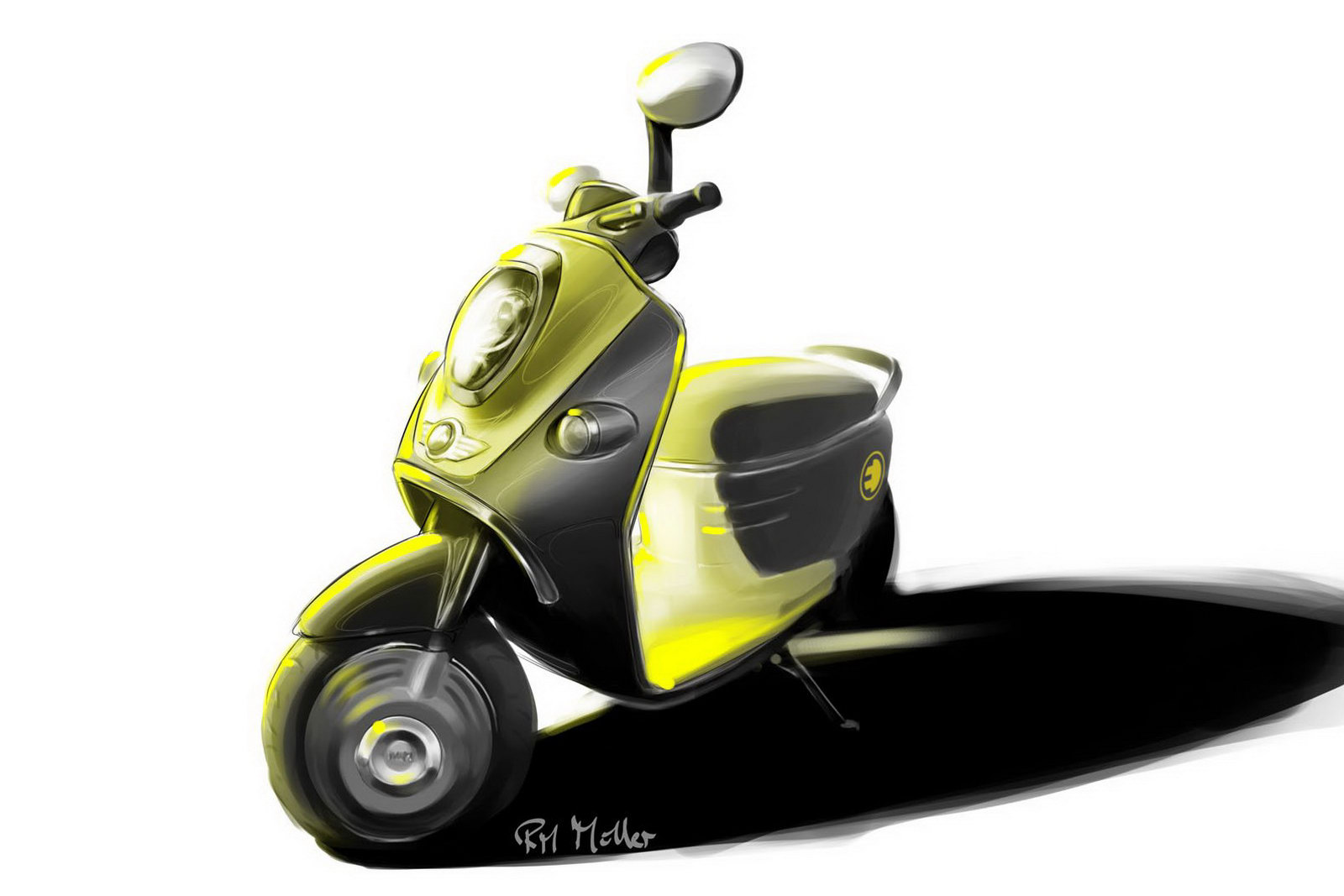 It would seem that Smart’s latest announcement on the run up to this year’s Paris Motor Show on their new electric scooter hasn’t gone well with the guys over at Mini.

The British have made their own announcement on the situation and amazingly, they are headed for Paris with a similar product, an electric scooter of their own.

In hoping that this isn’t just a battle between the company’s respective owners (Mercedes and BMW) but rather a fight to prove electric scooters work we have a few sketches of the two wheeled creation to come from Cowley.

One of the sketches clearly reveals the MINI-E Project logo and as for the rest we don’t really know much. There’s word of a choice between three trim levels.

Also we have some other assumptions on this yet to receive a name, yellowy, British, scooter, as the fuel tank is due to be replaced by a lithium ion battery pack.

Most likely, in the run up to the Paris Motor Show more details will be available on both these two wheel transport options as this probably isn’t just a war in a small scale world…