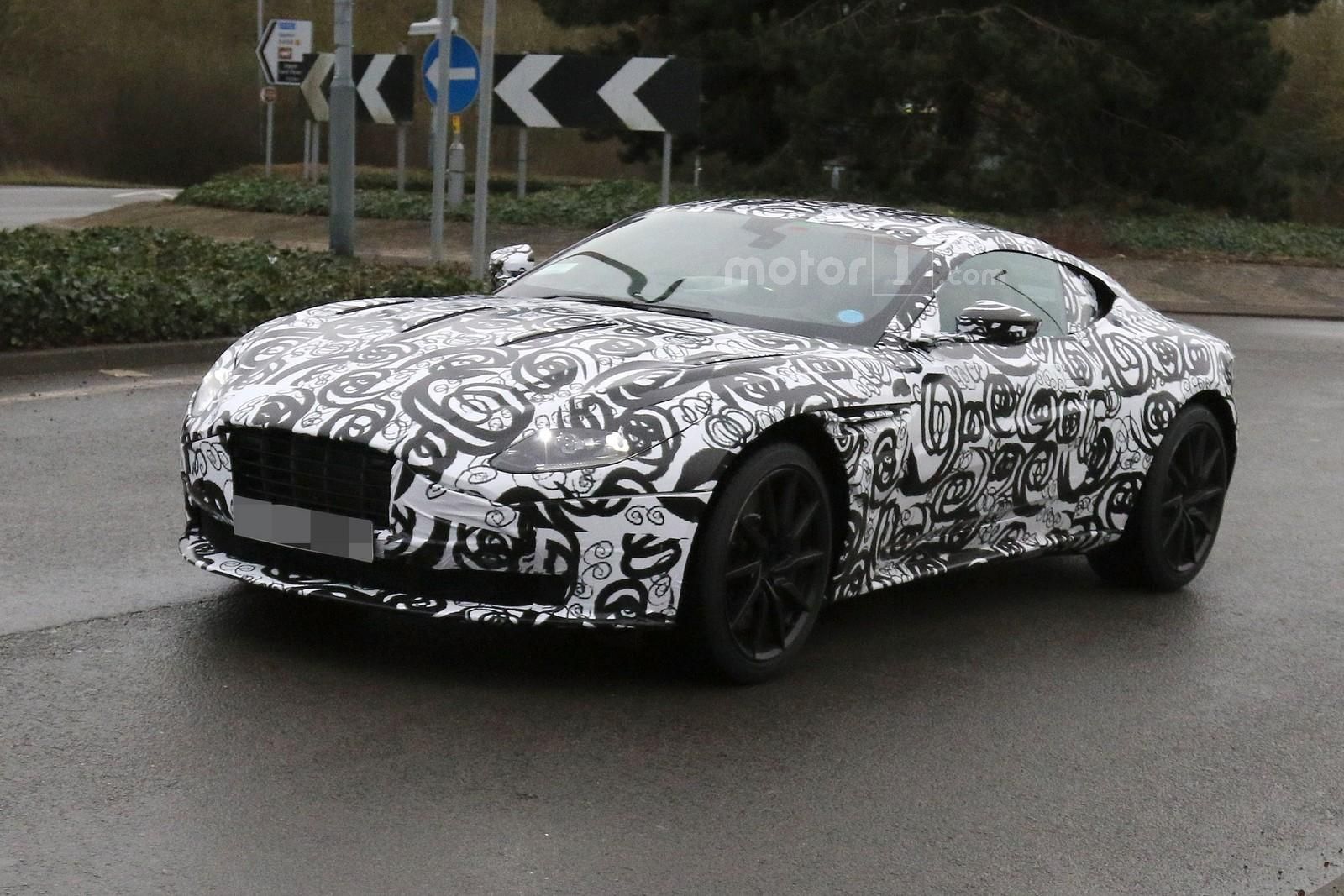 A couple of days ago we have had the chance of seeing a strange photo with what appeared to be the upcoming Aston Martin DB11.

Recently, spy photographers from motor1.com have also caught on shots the Aston Martin DB11, while the model was being tested with camouflage all over its body style. We also have shots with the car`s interior.

From a visual standpoint, the Aston Martin DB11 can be regarded as a luxurious model and even if the test mule seen here is tweaking camouflage, we can still depict the car`s design cues.

Inside, the cabin is still testing the new digital instrument cluster, along with a much larger infotainment system, three-spoke steering wheel, Command controller, climate control switchgear and more.

Even if the powertrain is still underwork, the company has confirmed that the Aston Martin DB11 will pack a 5.2-liter biturbo V12 engine, which would develop around 600 horsepower. This one would be more powerful than the 6.0-liter naturally-aspirated V12 engine found on the DB9.