“Blue Angels” Ford Mustang got auctioned off for quite the price 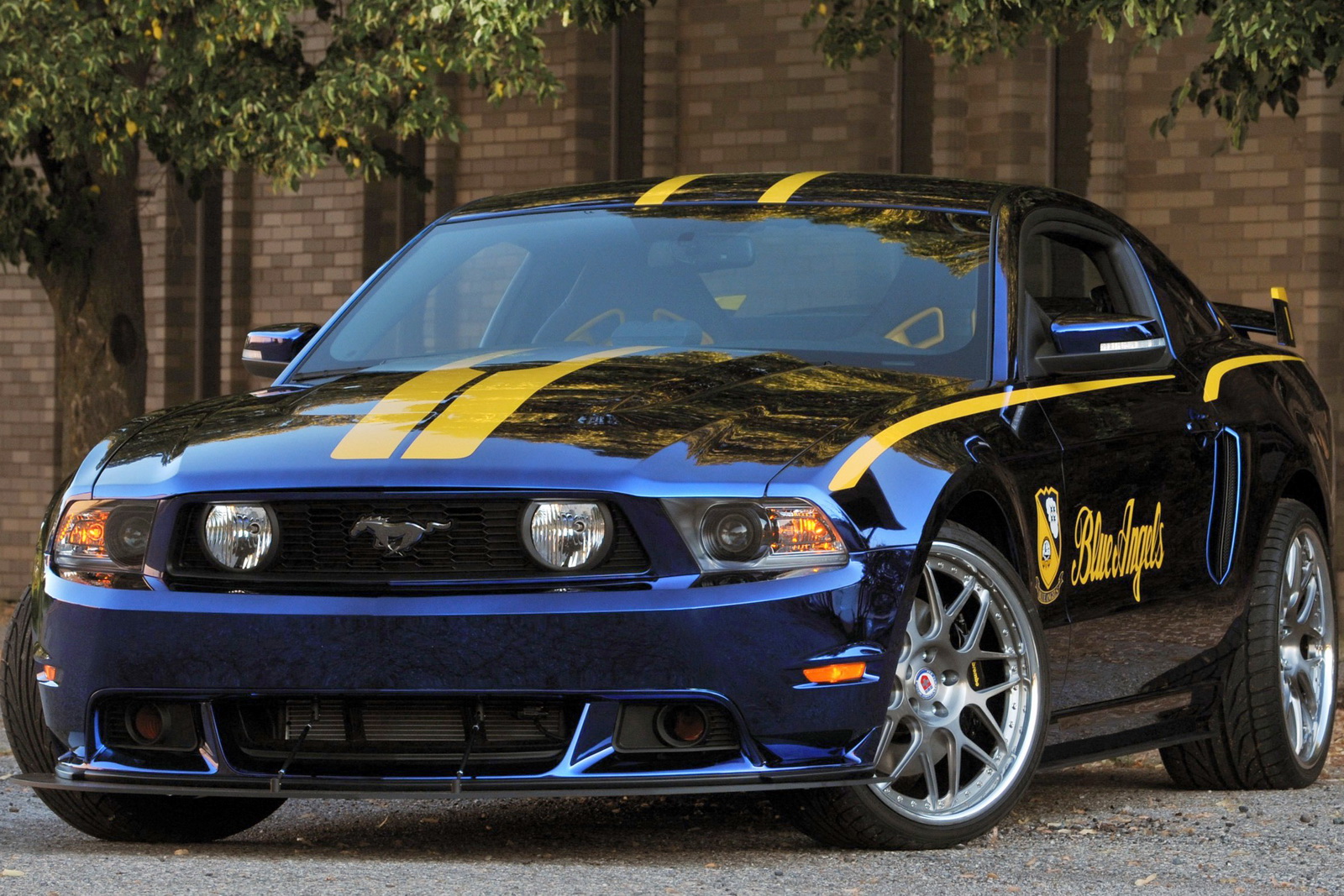 A while back, we were introduced to a special Ford Mustang custom made for the Navy’s 100th year anniversary and recently it was auctioned off for charity.

The charity money went to the EAA Young Eagles. As you’d imagine, it’s not exactly a soup kitchen but an organisation that offers free introductory lessons in flying since all the way back to 1992.

Courtesy of the EAA Young Eagles a total number of 1.2 million young people got to experience first hand what flying is all about and this new “Blue Angles” Ford Mustang is going to do its bit.

At the auction I was talking about earlier the Ford Mustang “Blue Angels” went for the very impressive sum of 400.000 dollars.

That’s not bad but it’s certainly not because the 2011 Ford Mustang is that good a car once it gets a custom paint added.

Underneath, the “Blue Angels” Ford Mustang gets a whole lot more work than the exterior. After all, a wing on the back and a new set of wheels don’t really turn a sheep into a wolf.

The engine department however has been turned from a dog into a feral and beastly wolf. The standard 5.0 liter V8 gets a supercharger which pumps power up to 624 horsepower.

Not exactly the sort of performance that worries fighter jets on takeoff but it will certainly make most sports cars out there sit down and shut up.

Apart from the engine upgrade, there’s a set of suspension modifications that are supposed to make the “Blue Angels” Ford Mustang feel at home on the track.

The same thing happens with the upgraded brakes, the giggle generating sports exhaust system and the Recaro racing seats.

Overall, it’s starting to sound like a very nice tuned car but it’s still not worth the “price” people payed for it at the auction.

Not even the fact that this “tuning job” isn’t really a tuning job, it’s a Ford made and Carol Shelby approved special edition of the Mustang.

Now that’s beginning to sound more like it’s worth almost half a million dollars. What really does push the auction hammer to the edge is that the “Blue Angels” Ford Mustang was created in support of EAA and is crammed with memories and hints at the sky.