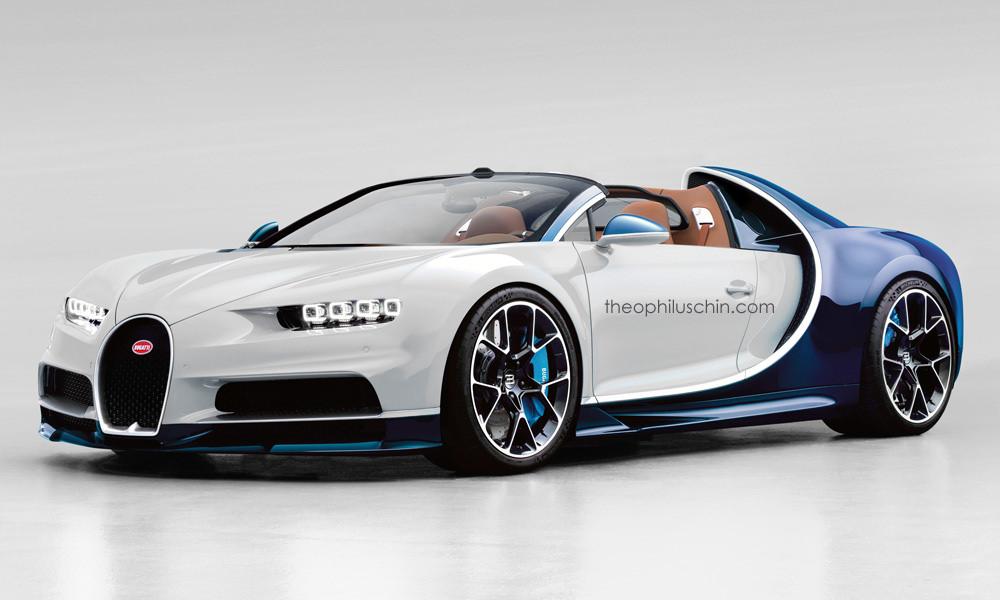 Bugatti Chiron was officially unveiled at the 2016 Geneva Motor Show with the model to be produced in just 500 copies. Deliveries start in October, with 350 units to be already available in pre-orders. The price has not been released yet.

The famous artist rendering Theophilus Chin came with his own interpretation of how a future Bugatti Chiron Gran Sport might look in the near future.

The project is called “world`s meanest, craziest, and faster hair dryer,” which hints at how fast a future Chiron Grand Sportcan can be.

And for that we would have to turn our heads to its predecessor, the Veyron Grand Sport, which came with 360 km/h without the roof and a massive 407 km/h with the roof up, so we might expected some increased figures for the Chiron Grand Sport.

As a small reminder, the Bugatti Veyron Grand Sport was first unveiled in 2006 in Pebble Beach California, with the first model to be auctioned for more than $3 million. The Chiron Grand Sport will replace the Veyron roadster in 2018.