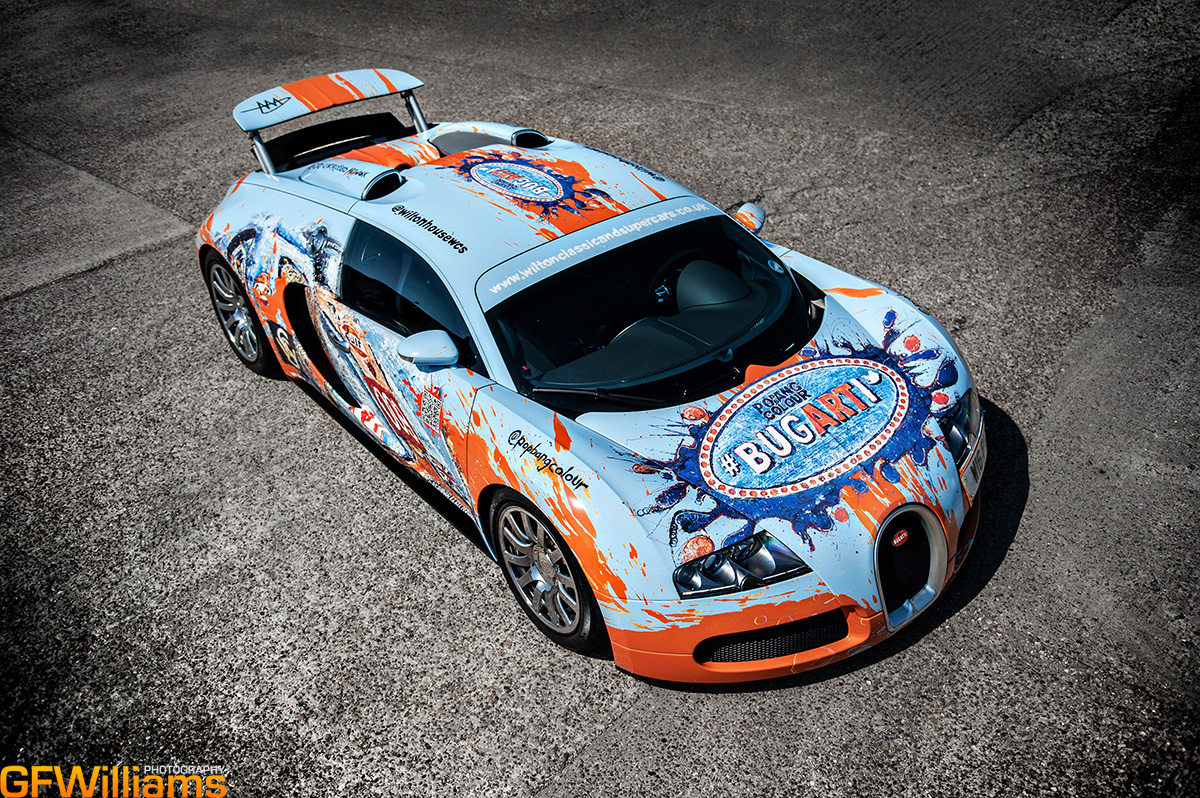 For all the amazing technology that gets fitted to a Bugatti Veyron, there’s realistically no chance of tuning such a car without spending millions.

Most of the projects attempted at the ultimate hypercar have been mild body kit attempts, unusual paint schemes and custom wheel sets.

If we’re honest, most of these have been rubbish. Few exceptions caught the spirit of the car without being completely opulent.

A new project started standing out lately and it’s managed to do so despite maintaining the original specifications it left the factory with.

The highlight in this case is an exterior makeover. It’s not painted vile green or retina burning orange. It’s actually redone in the most awesome mode possible.

Technically, we’re dealing with a vinyl wrap but the aspect change seems considerably more substantial than your usual batch of stickers.

We’re dealing with a Gulf racing livery inspired look and there’s more than nostalgia that motivates this new exterior appearance.

This BUGARTI (excuse the lame pun) will be on display during the the fourth annual Wilton Classic and Supercar Festival this weekend.

At the already special event, being a Veyron is not really enough. That’s why the wrap and that’s why it will sit alongside a Gulf-liveried McLaren F1 GTR Longtail racer.

It’s now starting to fall into place. By the way, before computers and printers get their say in the process of creating this car, an artist is involved.

He’s the one who drew the color ghosted Le Mans prototype racer into the Gulf livery and his name is Ian Cook.

One thought on “Bugatti Veyron turned into an art car”