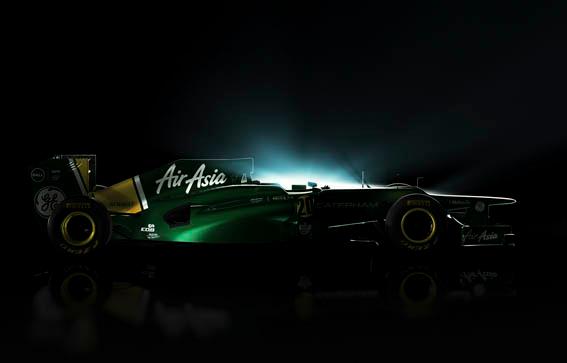 The sort of stuff that’s barely legal on the road and a thriller when unleashed on a track. It should then come as no surprise that they’ve decided to seriously venture into big time motorsports.

Meet the Caterham CT01, a Formula 1 single seater race car that is ready and has been designed to run in the upcoming 2012 season.

Apart from this being a momentous achievement from Caterham, we’re quite interested in the CT01 racer since it’s the first time we get to lay eyes on one of the new cars.

Ferrari began a teasing process of their new F1 racer but apart from that we’re in the dark. The detailing on the car is incredible, as i’m sure the performance will be, but what most people will be focused on is the confusion around it.

This is a car run by a Malaysian consortium, built by Caterham, sporting last year’s Lotus livery and Lotus is still in the game. The other British manufacturer is going to be racing in ownership of a team formerly known as Renault.

To make things more fun, Lotus will be using a “John Player” livery, one that originally appeared a very long time ago but there’s a twist. Caterham’s most popular track day car is actually based on a Lotus 7, a model from the same period.

If Caterham’s CT01 will continue this sort of ballet in the 2012 F1 season it will certainly be interesting to follow this year.