Caterham unveils the Supersport R in the UK 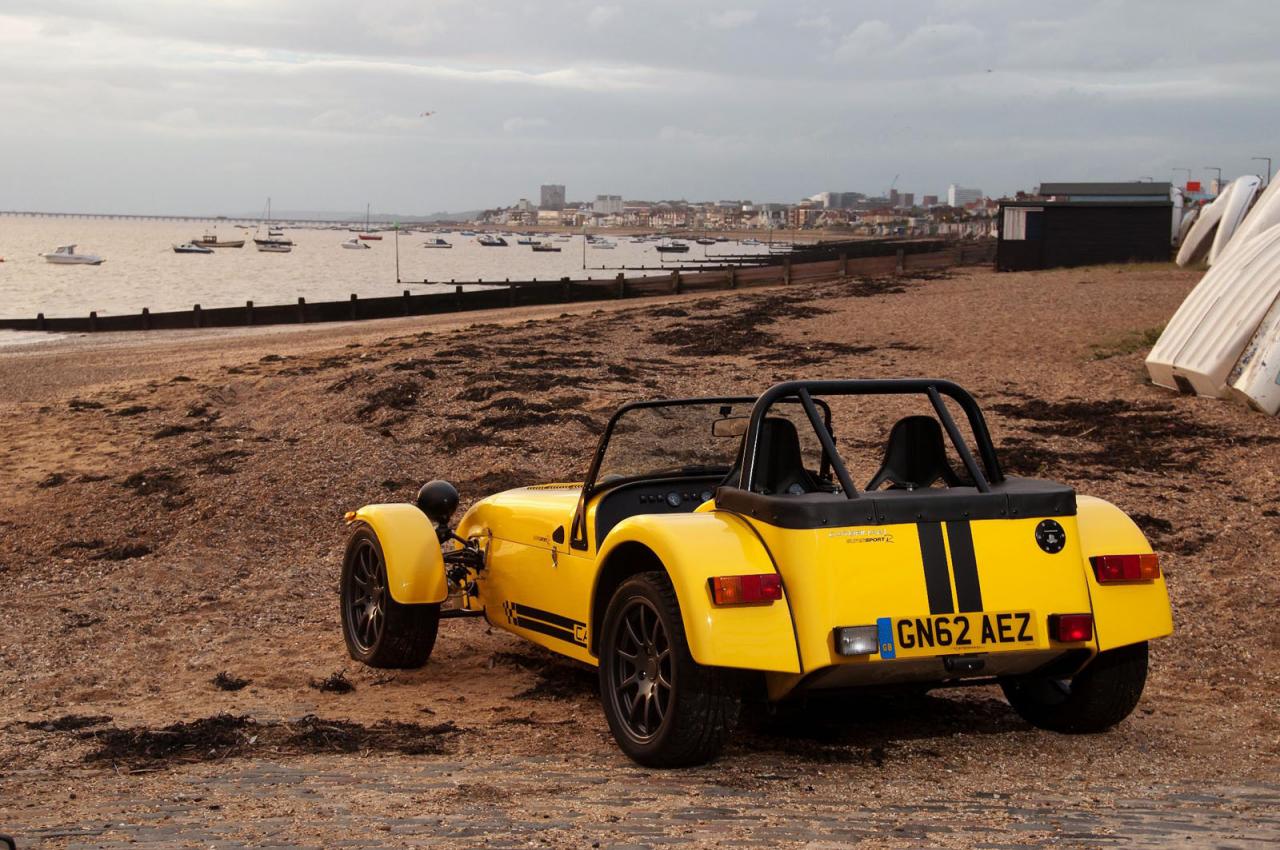 Caterham unveiled few days ago a more potent version of the Supersport model. The new Supersport R is capable to offer a total output of 180 horsepower thanks to a 2.0-liter four-cylinder engine from Ford.

According to the British car maker, the new model is able to sprint from 0 to 100 km/h in just 4,8 seconds while the top speed is rated at 209 km/h.

Even the engine’s output won’t tell you that the Caterham Supersport R is able to get such performance figures, the low total mass of just 535 kilograms makes this possible.

Other mechanical changes include a retuned suspension with new dampers and springs, a set of Avon CR500 tires but also a limited-slip differential.

Inside, buyers will find a new pair of seats with four-point harnesses, a redesigned steering wheel and more. The new Caterham Supersport R receives a starting price of £24,995 for the kit and £27,995 for the built model.