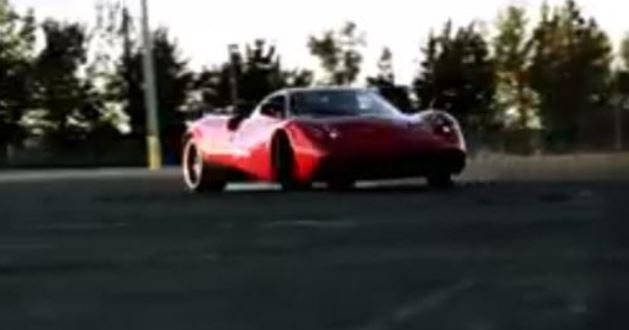 YouTube users have recently had the chance to see a supercar Pagani Huayra showing off on tracks. This is actually the third time this week to see the supercar into the spotlights again.

The video with the Pagani Huayra reveals the supercar`s power being put to some “tests” on the tracks and getting itself caught on a camera.

The Pagani Huayra shares tremendous power, being that supercar that only a few will get the chance of having one in his garage.

Pagani started manufacturing the Huayra model back in 2012 in Modena, the supercar being rendered with a two-door body and an engine displayed at the middle.

Pagani also shows off with its Huayra sprinting from 0 to 100 km/h in just 3 seconds, being able to reach a top speed of 370 km/h. The supercar sends the power to the rear wheels with the help of a seven-speed sequential single clutch transmission.

Enjoy the video with the powerful Pagani Huayra on the tracks!