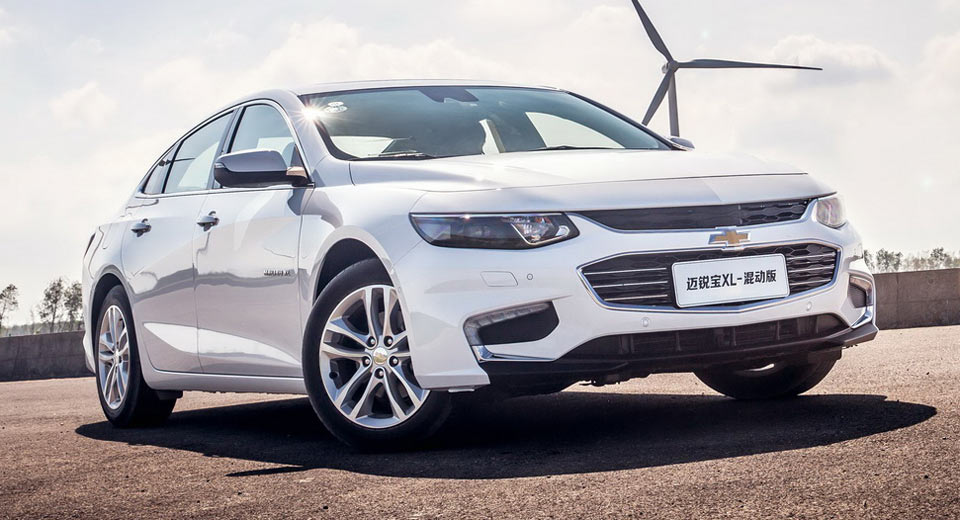 Chevrolet is striking back in China against its top predators from the sedan market with a China-only model, called the 2017 Chevy Malibu XL, the model coming with interesting body styling, high-tech equipment inside the cabin, plethora of safety features and a good powertrain under the hood.

However, with the increase number of hybrid versions, Chevrolet too is thinking bigger and plans to introduce a hybrid version of the model, called the Malibu XL Hybrid.

This particular version is based on the US one, being almost identical in terms of specifications, powertrain lineup and so forth.

Inside the cabin, the 2017 Malibu XL Hybrid comes with a plethora of high-end features, such as the OnStar 4G LTE, Cevy MyLink infotainment system, eight-inch multi-touch color lCD screen, as well as Apple CarPlay compatibility.

Other features also refer to Bose premium sound system, Active Noise Cancellation, followed by a plethora of safety features, such as the Side Blind Zone Alert, Lane Departure, Rear Cross Traffic Alert and so on.

Now comes the best part. Under the hood, the 2017 Chevy Malibu XL Hybrid is equipped with a 1.8-liter flat-four engine with two-electric motors powered by an 80-cell, 1.5 kWh lithium ion-battery pack. The hybrid sprints from 0 to 100 km/h in 8.8 seconds, while the fuel consumption stands at 4.3L per each 100 km.Most importantly, the model is offered with a three-year warranty or 100,000 km, with a component warranty of another 8 years or 160,000 km.