Yet more patent drawings from Mercedes, the 2012 SLK 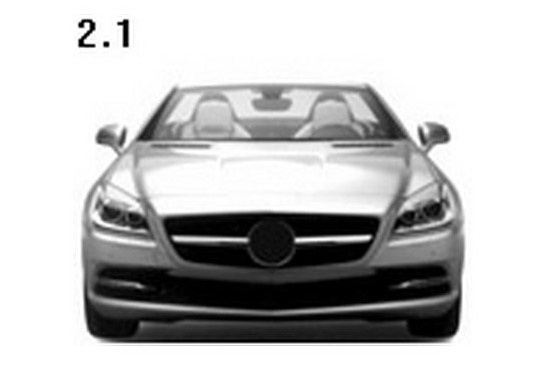 When I first laid eyes on some patent drawings of the next Smart Roadster Model/Concept, I thought Mercedes had some leaky information problems that they needed to take care of.

Upon now seeing the same sort of “leak” with the future 2012 Mercedes SLK I’m starting to think the Stuttgart based manufacturer is behind the entire thing.

Seeing how the 2012 Mercedes Benz SLK is one of the eagerly expected models of the manufacturer seing an actual shape is quite a way forward from spyshots and traditional poor quality leaks.

Even though the patent drawings are of similarly poor quality, the new shape and most of the details that will be seen on the 2012 Mercedes small coupe-cabriolet can easily be spotted.

As to be expected, the new SLK looks a lot like the old SLK with a different corporate face to show the times are changing for the Germans.

Apart from these changes what you can expect from the 2012 Mercedes SLK is a lot of stunning new toys including a seriously trick new roof.

Also on the desired list of the 2012 Mercedes SLK should be the inevitable AMG version which will probably be so fast tires for it will have to be made with super glue technology.