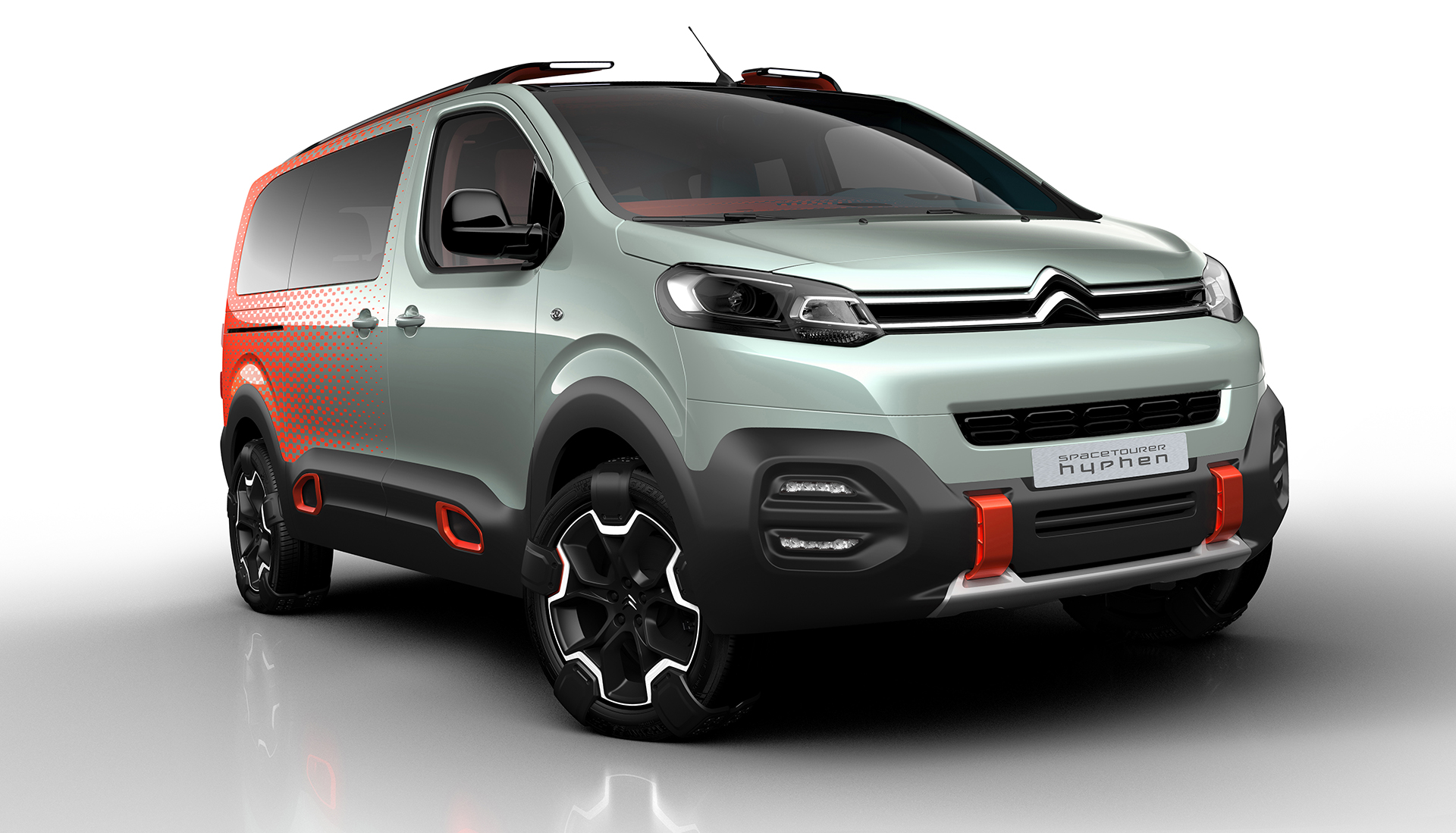 It’s a van, that’s for sure. It’s not quite an SUV, but it has all wheel drive system. Its ground clearance is impressive. It’s the Citroen Spacetourer HYPHEN.

The concept is based on the recently presented Spacetourer, the next van by Citroen. Though the name may not tell you much, it’s inspired by a French electro pop group called HYPHEN HYPHEN. It will be presented at 2016 Geneva Motor Show, so you can see it starting from 3rd of march at Citroen stand.

As you know, there is a trend in transforming regular models in SUV-like ones. Nothing different in this case, though the French will go further than other carmakers and will also fit a 4WD traction system. The body is protected by large plastic panels, stylized to be not only effective, but also catchy. Therefore, there aren’t black, but matte Dark Moondust and include orange and silvery elements. The 19” wheels inspire force and seem to have lots of grip on muddy and snowy roads. To make more room and amplify the striking image, the wheel arches are large, wide and plastic-protected.

Get onboard to receive a special treatment: the color combination of bright white, orange and green looks fresh. Nappa leather, combined with special fabric and large glass sunroof are there to give an exclusive, but youthful feeling.
A 150hp diesel engine, called BlueHDI S&S, paired with a 6-speed manual transmission will provide enough power to move the future Spacetourer HYPHER. It seems Citroen decided to produce this model, though there isn’t any information about the due date.