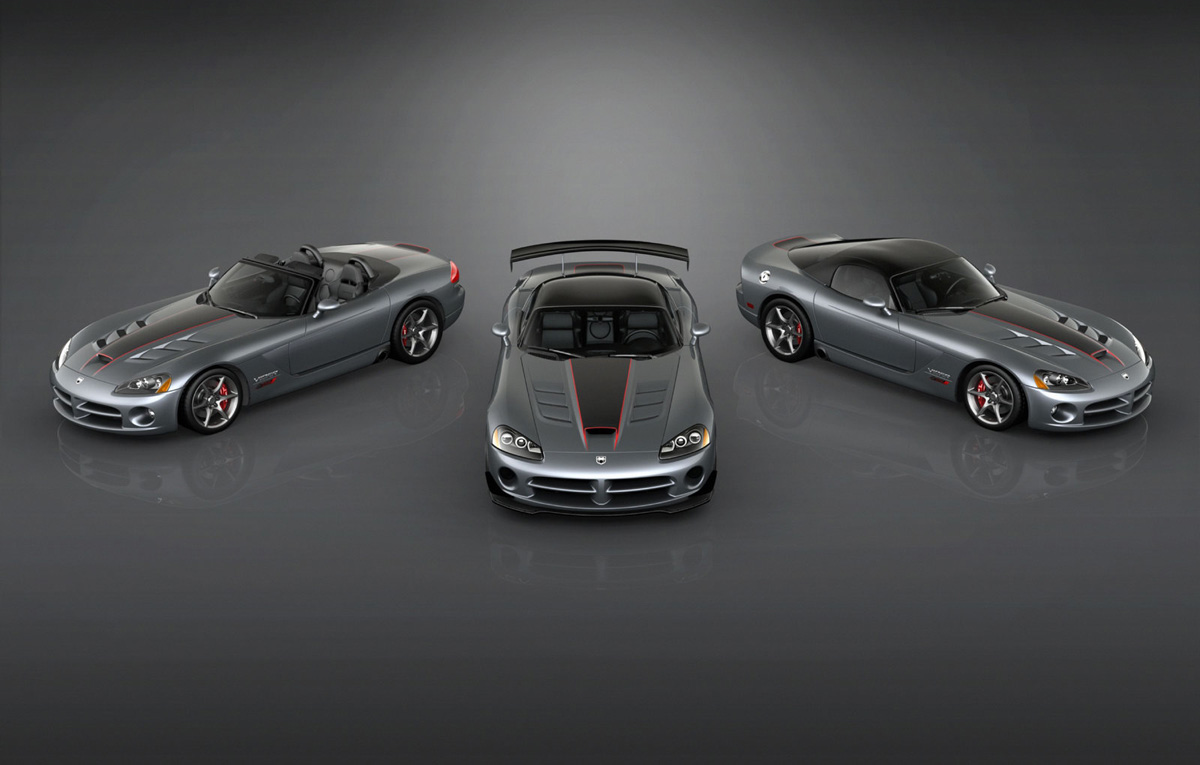 Dodge will end the production of the Viper supercar with a special version, called Final Edition, which comes with a number of aesthetic changes for the last 50 units assembled.

Dodge prepares to end the production of the current Viper, the team of engineers and designers preparing a very limited version, a farewell one. American brand’s fans will enjoy the last 50 units of the supercar in the Final Edition version, expected in showrooms this summer.

Under the hood, the customers will receive the same 8.4-liter engine, capable of developing 600 horsepower and to promise performances worthy of envy. From the last 50 Viper units, 20 will be coupe, 18 roadster and 12 ACR.

Available on all three body variants of the model, coupe, roadster and ACR, the Final Edition package comes with a special paint for the bodywork, a Graphite Clear Coat gray, completed by a black stripe with a red outline on the hood. To all of these are added the logos that certify the exclusive version and a plate with the number of the unit.