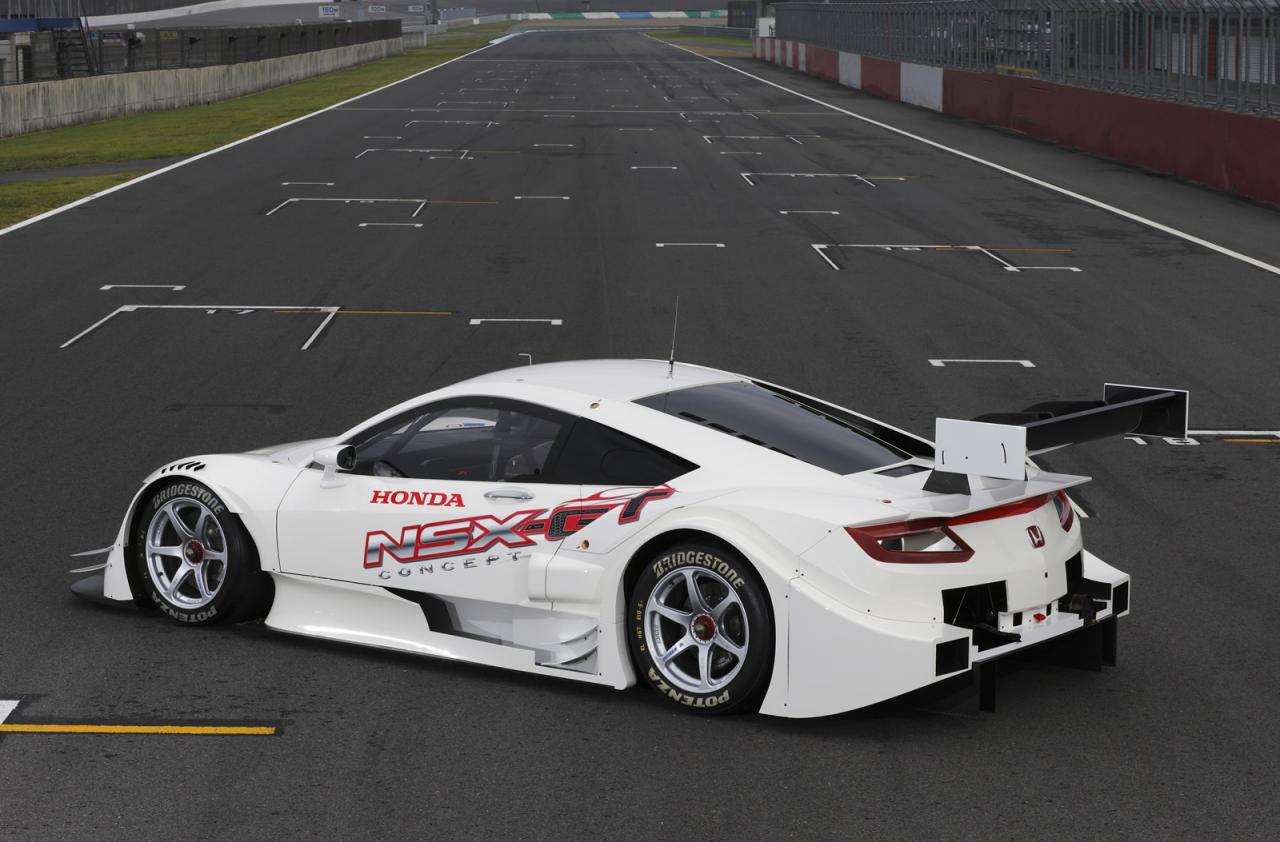 The all-new Honda NSX Concept-GT is ready to compete at Suzuka in the GT500 class. The company revealed the race car based on the NSX Concept, a model which is powered by a 2.0-liter direct-injection engine, part of a hybrid powertrain.

At the exterior, the Japanese model features new front and rear splitters, side vents, new alloy wheels fitted with Bridgestone Potenza tires, a rear wing and a new suspension.

The company says that the NSX Concept-GT complies with the newest regulations for its class from the Japan Automobile Federation.

If you are impatient waiting for the production model based on the Acura NSX Concept, you have to know that it will be produced at the Ohio plant in the United States starting late 2014, following to go on sale in 2015.

We will keep you up to date with the latest news on the 2015 Acura NSX, as the story develops.