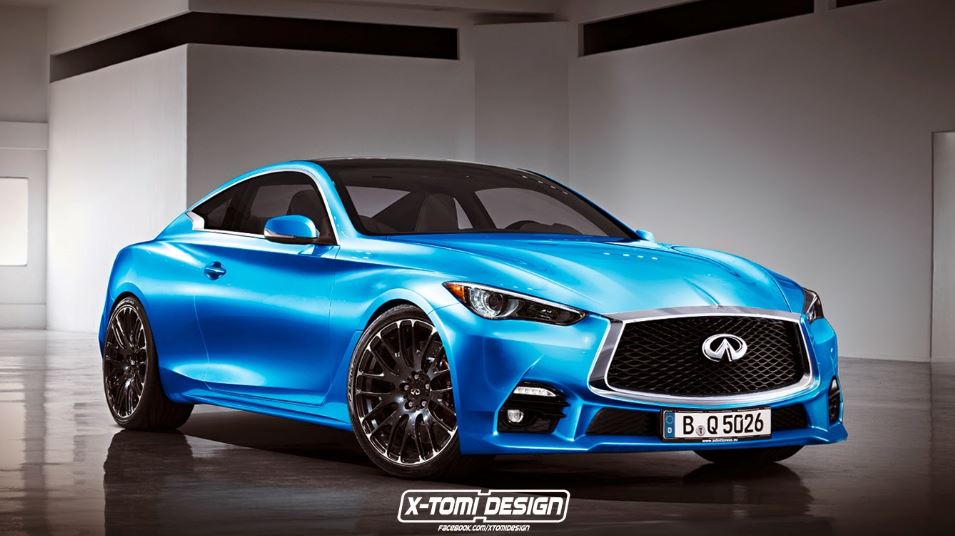 I had a hunch a couple of months ago when I first heard about the Infiniti Q60 Concept, that the model would be a total blast in the near future, and the proof is not far away. The concept has been rumored, rendered many times and recently revealed in some gorgeous official images.

But now, the famous designer X-Tomi Design could not stay away and signed the most recent rendering with the Infiniti Q60 Concept, showcasing how it would actually look like after leaving the production, in Mexico, somewhere in 2017.

At a closer look, the resemblence with the original model is quite visible, except for some minor changes carried out at the front fascia, where it has received some small running lights at the low lip. Apart from that, the model looks exactly like the upcoming model, showcasing an aggressive and bold design.

Apart from that, the Infiniti Q60 Concept will also adopt other styling cues from the Q50 Eau Rouge Concept or the Q80 Inspiration Concept, but will also come with its own personality. One might observe the low roofline, the larger grille, the dual exhaust system at the back, or the 21-inch alloy wheels, finished in the jet turbine blade design.

No news on the powertrain and performance under the hood, but more will know next week, when the model will be officially unveiled at the 2015 NAIAS, in Detroit.