Jaguar XF owner from India protests against his dealership 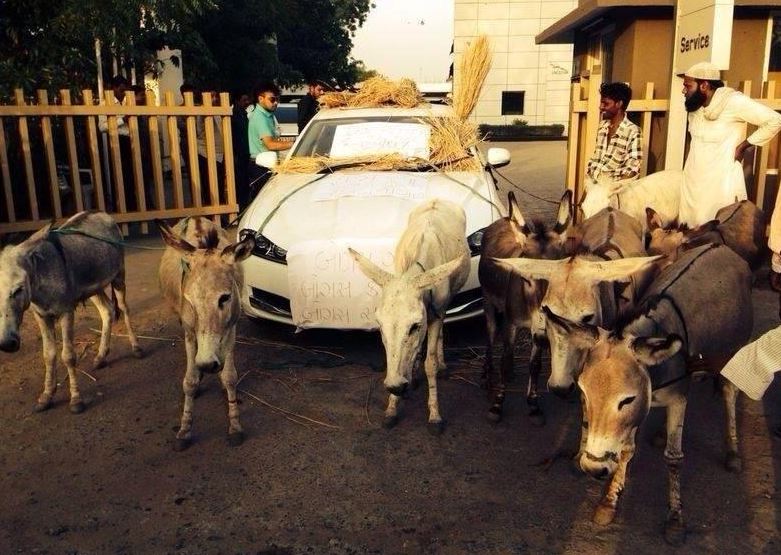 No matter how good a car is, from any point of view, there will be one or more owners that, after having some issues with it, the brand or dealer, will show their frustration in public.

One such man lives in India, and is the not so proud owner of a Jaguar XF.

So what exactly happened to the Jag? It seems that at some point, some technical difficulties were encountered, and like the careful owner that he is, he checked the car into the dealership. So far so good. Ok, after the dealership service took a look at it, they decided they don’t know how to fix it, so they gave it back to the owner.


You can imagine the frustration on him, but instead of destroying his Jaguar XF, like we’ve seen before, or write up some banners, he decided to protest in a rather unique way. He hooked the Jaguar up to a few donkeys and proceeded to tow it to the dealership, saying that “it’s better to have a donkey than a Jaguar”. Also notice the nice decorative hay sticking out of the jag.

Of course, Jaguar is a well respected brand, and after the owner’s protest, he was contacted by the manufacturer and promised a repair. Now the question arises: will he keep the donkeys as a spare ride, in case the Jag will be on the fritz again?