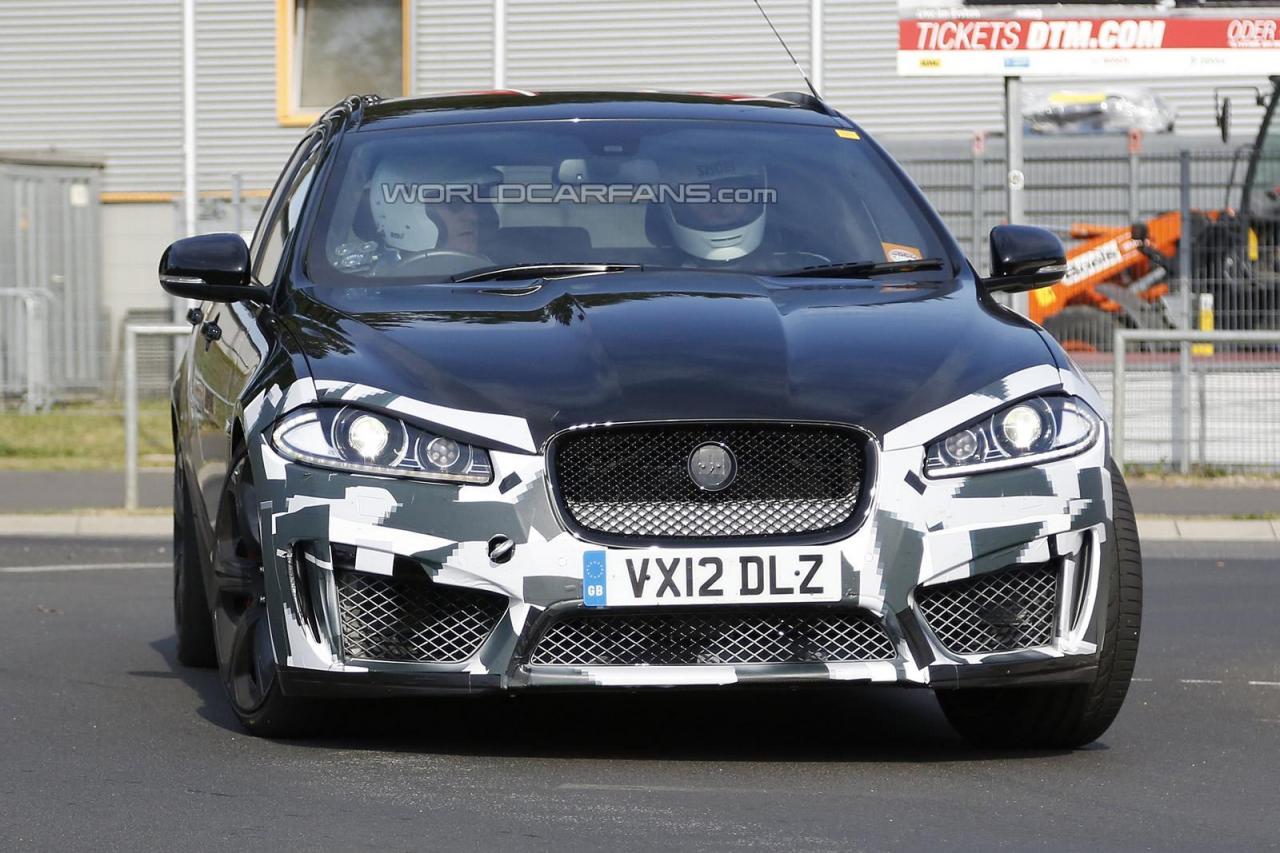 It seems that the folks at Jaguar decided to start testing the new XFR-S Sportbrake as today we get the first spy photos of the model.

The more spacious variant of the XFR-S is going to make its official debut at this year’s edition of the Frankfurt Motor Show, an event which begins this September.

Under the bonnet, expect the same 5.0-liter V8 powerplant producing 542 horsepower and 680Nm of torque but also an eight-speed ZF transmission. The 0-100 km/h acceleration will be done in about 5 seconds with a top speed limited at 300 km/h.

On the other hand, the Sportbrake version won’t benefit from many styling improvements, the most obvious change being the increased length.

The larger boot will make it more practical but it is still eligible for massive alloy wheels with sport tires, new front and rear bumpers, a quad-pipe exhaust and other features worth of a sports car.