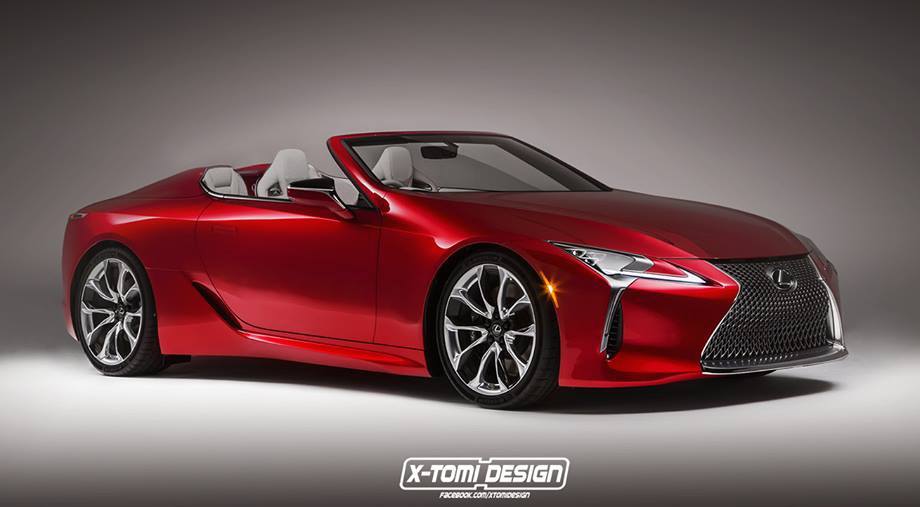 Toyota`s luxury subsidiary Lexus has recently unveiled the gorgeous LC 500 coupe at the 2016 NAIAS, in Detroit, the model already creating quite a stir at the show with extraordinary design and sheer performance under the hood.

This was also a good opportunity for rendering artists like X-Tomi Design to render the LC 500 with a convertible body style. It was as if the rendering artist had foreseen the upcoming of such a version, as it seems that the carmaker does take into account the possibility of a future LC 500 Convertible by 2019.

A recent report states that the company would release a hotter convertible version of the LC 500 in around two years, followed by other exquisite models, like a future LC F and a hybrid version as well. We are 100 percent sure that mode details will be known in the upcoming months.

One of the LC 500`s main strong points is the 5.0-liter V8 aluminum engine under the hood, which develops 467 horsepower and 389 lb-ft of torque, enough to sprint from 0 to 100 km/h in just 4.5 seconds. With all this power in mind, we should expect the future LC F churn out an impressive 600 horsepower.