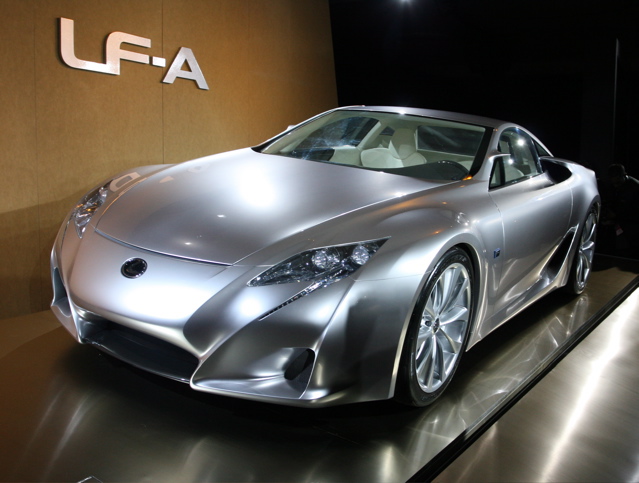 The interest manifested by the public or the new Lexus LF-A made the supercar to be sold quickly, all 500 units have already been sold. The popularity enjoyed by the Lexus LF-A supercar, made the 500 copies promised by the Japanese manufacturer to sell very quickly.

Unofficial sources have confirmed that all the copies out for sale were exhausted, most of Lexus LF-A models will be seen on the German roads, the country with the greatest appetite for such models. The leasing system proposed by the Japanese manufacturer has been far from bleak, the owners being enough motivated by the features of the model.

The Japanese supercar production will begin only in December this year, which means that the lucky owners of the new LF-A will have to wait long to take possession of the Lexus supreme creation.