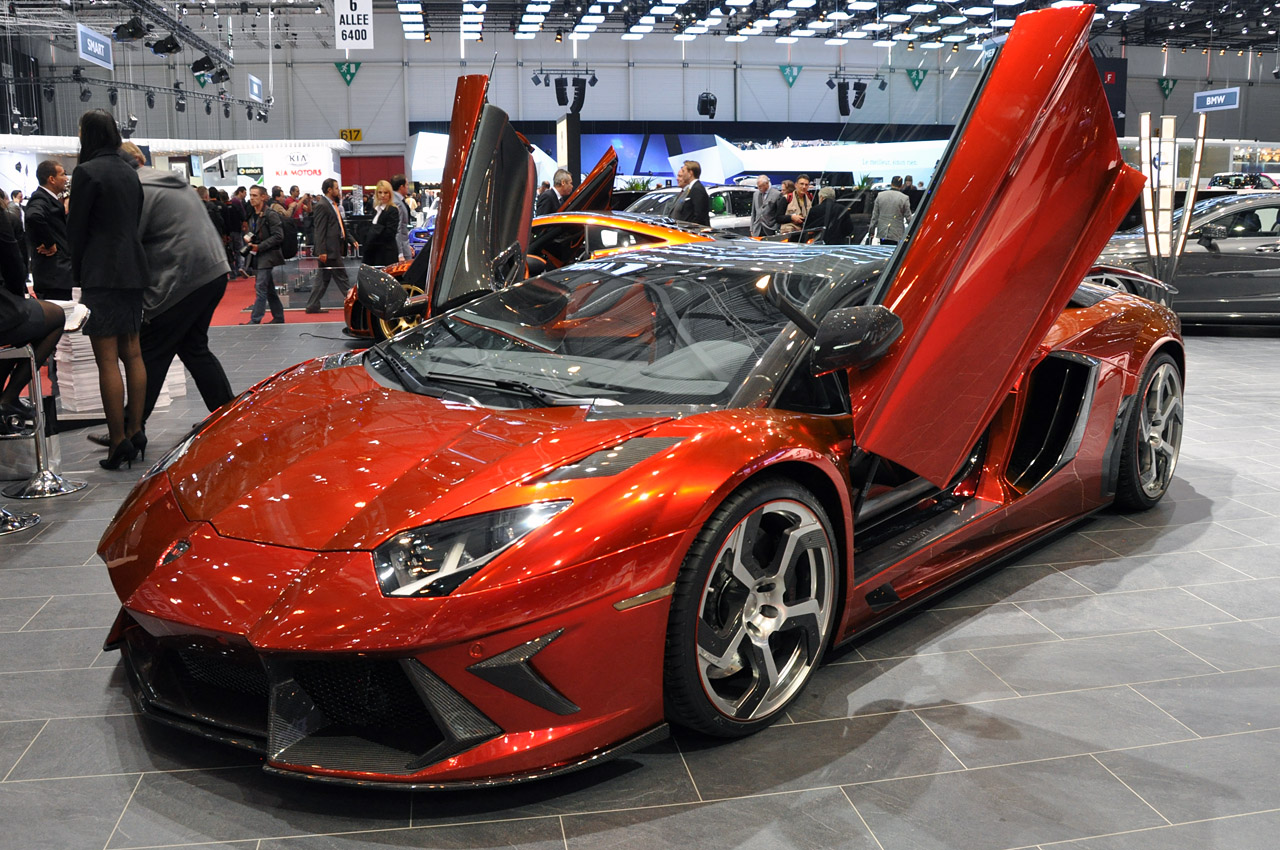 Some say that what the Germans at Mansory tuning did to the Lamborghini Aventador in order to prepare it for the Geneva Motor Show is something taken too far.

Not that I love to disagree but, they’re wrong. There’s no such thing as a Lamborghini taken too far.

The whole of the Raging Bull’s brand is based on creating great cars and then designing them in such a way that they’ve been taken too far.

Anyway, the Mansory Lamborghini Aventador is not as flashy as you’d think of their usual tune-ups yet it’s still a retina burning affair for most people.

Carbon fiber wings, vents and details seem to have sprouted out of most of the Italian supercar’s body panels.

The new alloy wheels are the most graphic representation of a futuristic propeller you’re ever going to see happen and the interior is… surprisingly unsurprising.

Black and red dominate the experience, with fine materials used all over the place and some carbon fiber accents have also managed to sneak in.

Where the Mansory Lamborghini Aventador begins to get interesting is in the engine compartment. Not that we ever thought the 6.5 liter V12 was lacking, but the German tuner offers more.

Thanks to a new exhaust and ECU remap, that powerplant now develops 754 horsepower and 553 lb-ft of torque. This, naturally, translates into more performance.

Mansory’s Lamborghini Aventador will go from 0 to 62 in just 2.8 seconds and the top speed figure now climbs up to 221 mph.

We’re not very pleased at the idea of giving the Aventador a wider track but Mansory have done so and with quite the difference at 40 mm for the front and 50 mm for the rear.