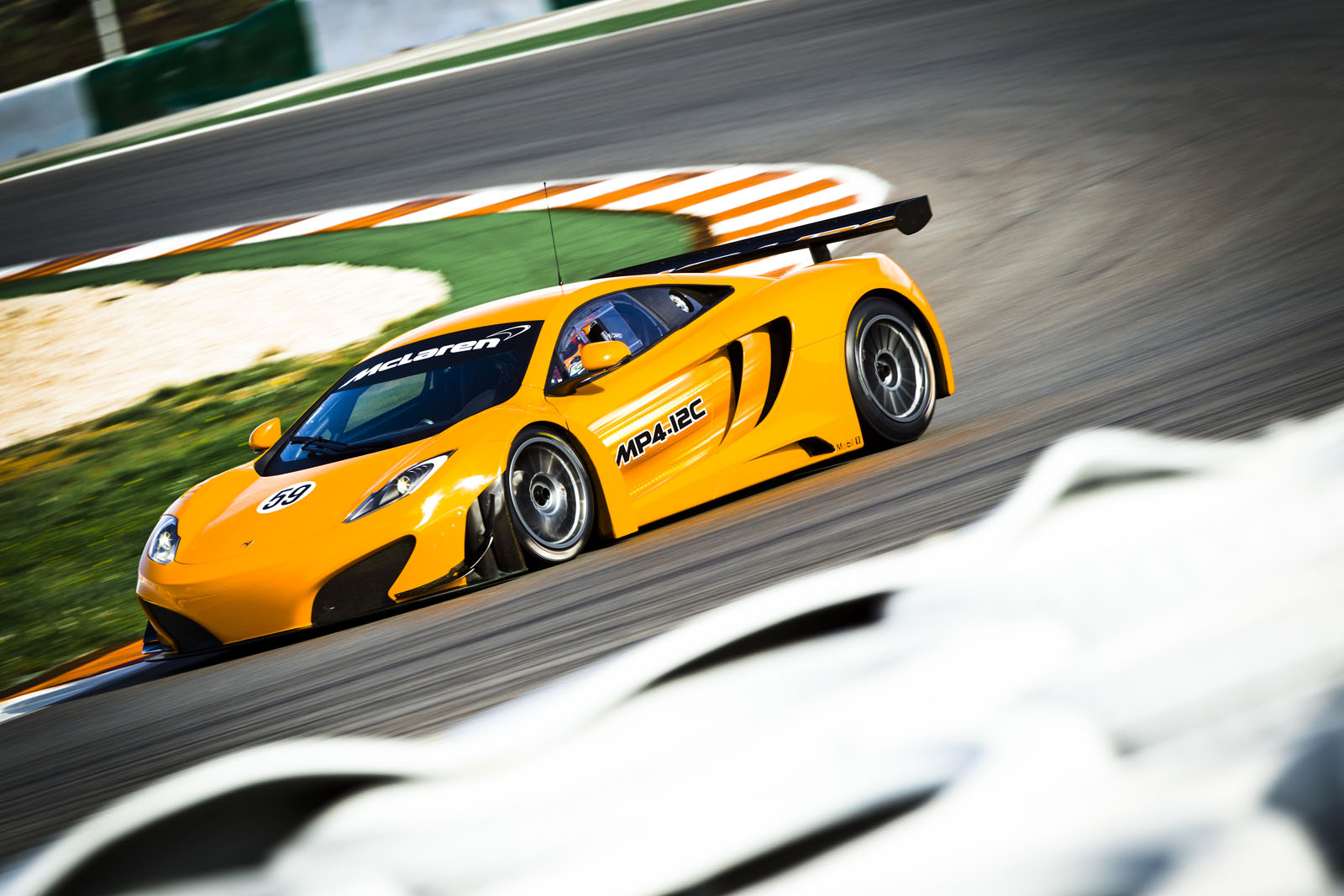 McLaren’s MP4-12C GT3 Racer was revealed to us sometime ago but the British have been spoon-feeding us the information regarding their developments on this particular version of the car.

In fact, ever since we saw some good news about testing and the video footage of it roaring round a track we’ve been pretty much kept in the dark.

As you’d imagine with this sort of an advanced sports car such as the MP4-12C, turning it into a racing car didn’t alter that much about it.

What is really impressive though, is that alongside the new gearbox setup, the new suspension tricks, tires and brakes the engine didn’t get improved at all.

In actual fact the McLaren developed 3.8 liter twin turbo V8 engine now has an output of “just” 500 horsepower which is a full fledged 100 less than the production car.

The list of parafanelia racing bits added to the MP4-12C is quite impressive and it’s also seriously related to what the McLaren F1 team has on the supplier list.

Still somewhat bugged by the downgraded power output McLaren claims the new lesser engine performance is somehow related to the balancing of the whole car around a track.