Meet the first electric Hyundai: the i10 BlueOn 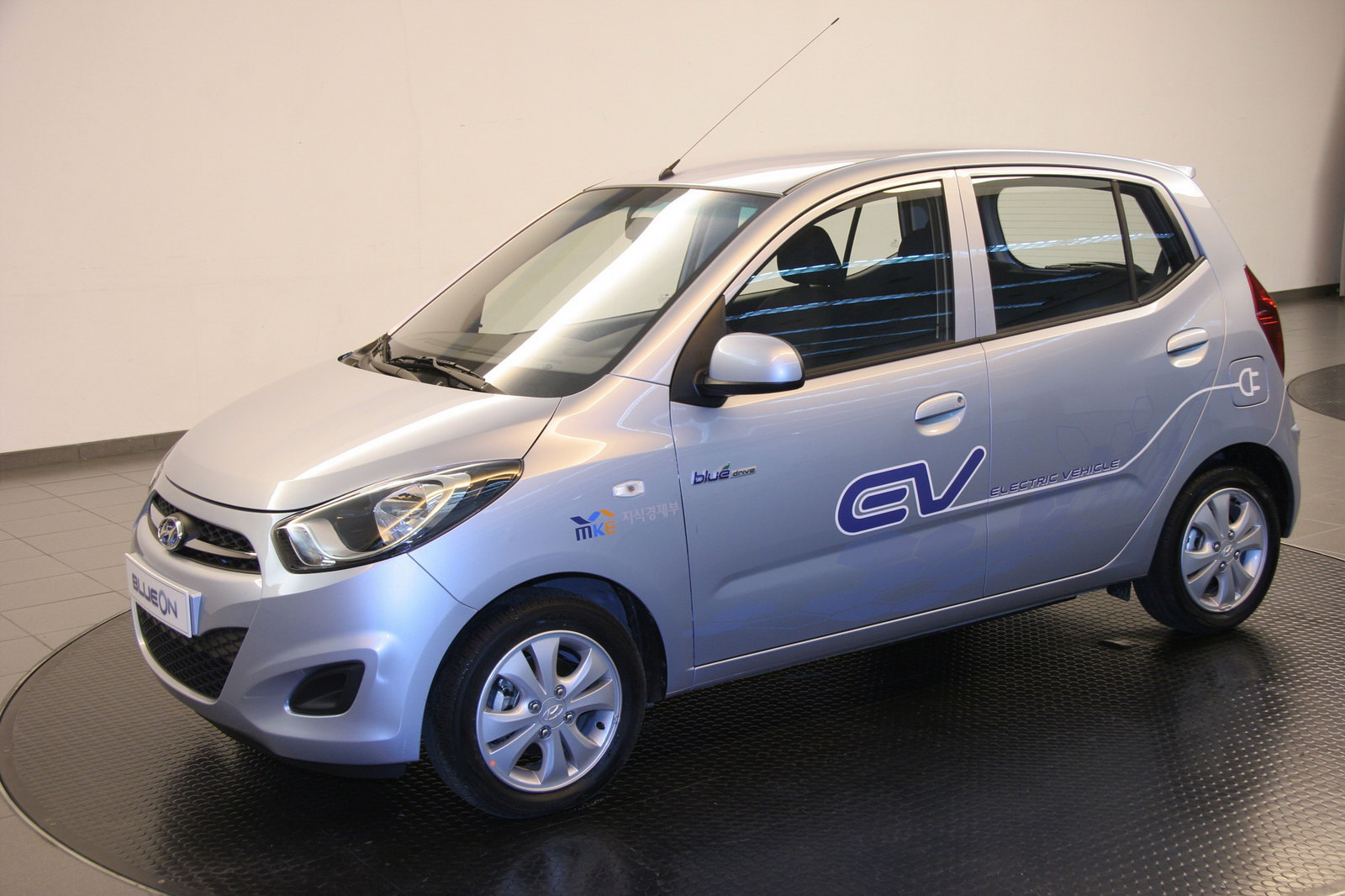 With such a premier for their company the Koreans from Hyundai have gone all out and put on quite a show when revealing their first production-ready full electric car.

The BlueOn, as it’s named, is based on the company’s small i10 hatchback, and has reportedly cost the company $34 million while occupying a research and development team for over a year.

The little hatchback is now powered by an electric that’s rated at 61kW (or the equivalent 82 horsepower) and which can output 210 Nm torque available at 0 rpm. The fuel tank has been replaced by a lithium-ion polymer battery pack which has a capacity of 16.4 kWh. Apparently, that will hold enough “fuel” to give you a driving range of 87 miles.

Pretty basic stuff, but whereas your car’s tank which can be filled up in a few minutes electric cars seem to suffer in this respect. The normal “refuel” on a Hyundai BlueOn will take up to 6 hours but there’s a way round it. The car can reach 80 percent capacity in 25 minutes via the use of a quick charger. Come to think of it, provided your work place is less than 40 miles away (and let’s be honest, pretty much nobody has a workplace that’s further away and still uses a car to get there) and you might need to get to a dinner party in a neighboring town your BlueOn Hyundai will be ready in the time it takes you to shower and change.

I know that this is a manufacturer claim and not exactly real world viable but it seems to be right. Also in relation to the real world, the Hyundai BlueOn uses a Virtual Engine Sound System to warn pedestrians of it’s approach.