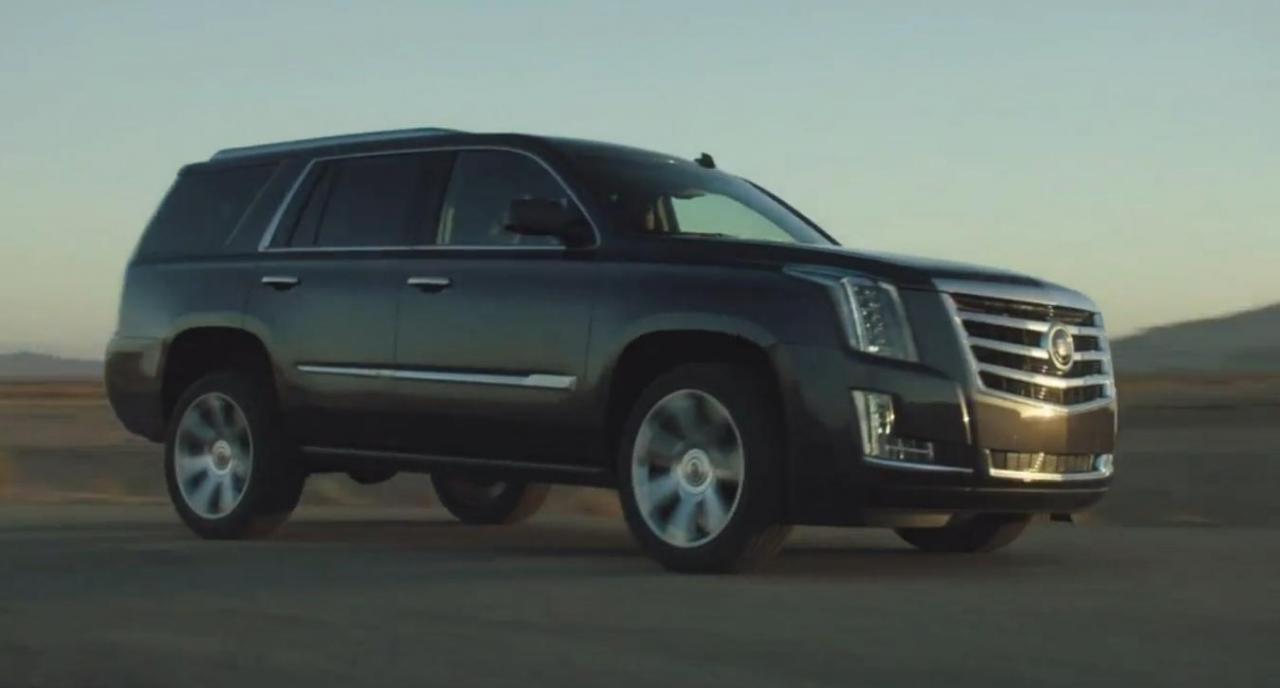 The 2015 Cadillac Escalade seems to have leaked, even though its official debut is scheduled for today. The following images are grabbed off a promotional video designed to let us get a closer look at the American model.

Shortly after being released, the video was removed but we still got some shots from the footage.

They show the exterior appearance of the new-generation Escalade, a model which benefits now from an updated design.

The American SUV stands out thanks to its massive front grille, new optical blocks with LED lights, large alloy wheels and vertical taillights. Under the hood, expect to see a 6.2-liter V8 powerplant delivering 420 horsepower and 610Nm of torque.

All this power will be sent to the wheels via a six-speed automatic transmission with an all-wheel drive system being optional. In the cabin, buyers will get leather upholstery, wood trim, metallic accents and an updated CUE infotainment system.