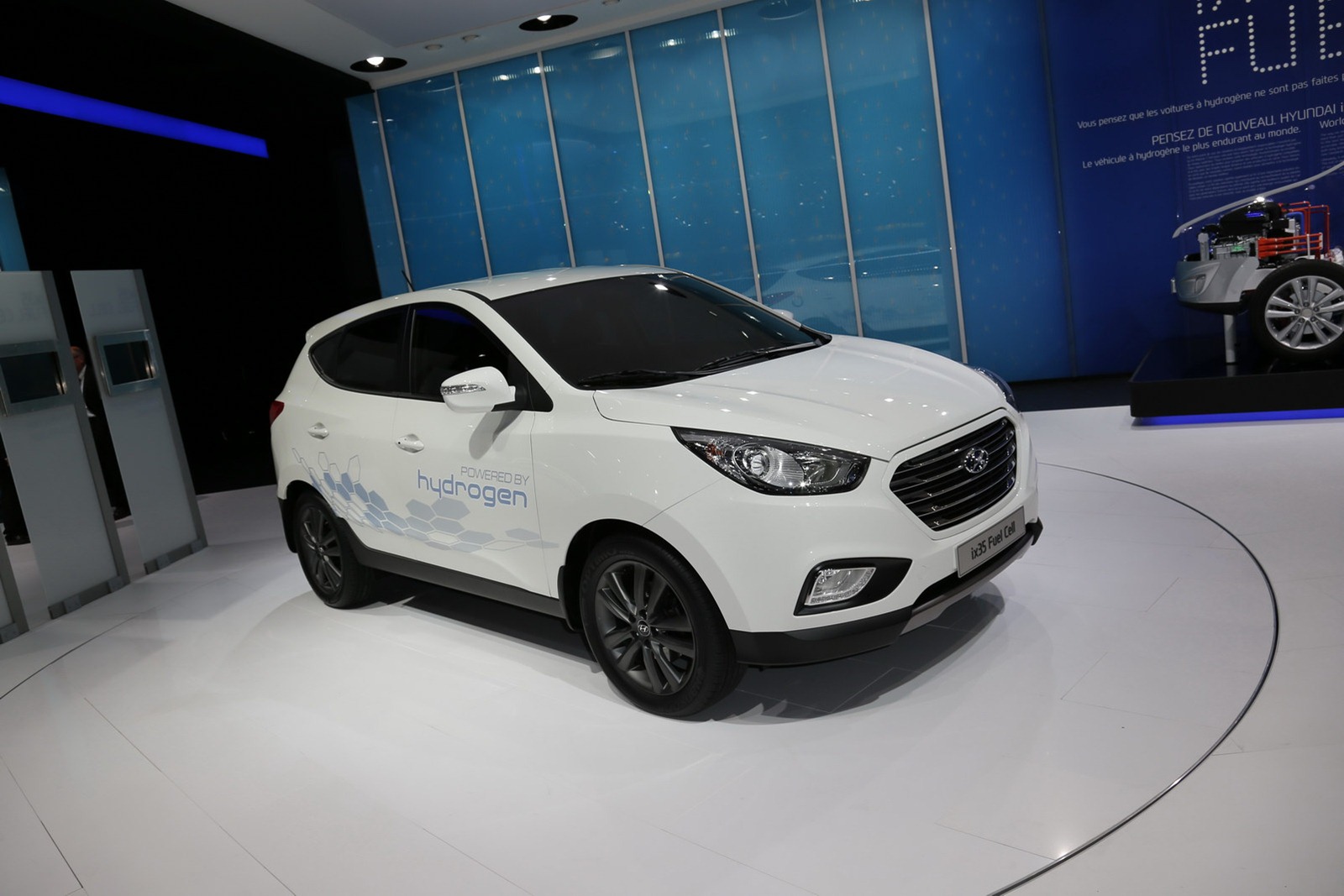 Earlier this week, Hyundai hit down part the motorsport crowd and pleased another with their announcement.

Switching just about all motorsport efforts off in the US was pretty bad but they tried to balance it out with a return to rallying.

That’s news from Hyundai that got some mixed response from the world, just like this one regarding the ix35 crossover and its power source.

You see, this special Hyundai ix35 earns its place in a Paris Motor Show stand because it’s the first ever production car which uses a hydrogen fuel cell.

Well, Honda’s FCX Clarity was here before that but Hyundai are countering their comment by saying that the ix35 will actually be a publicly available hydrogen fuel cell car.

They have a point, if its a production car it should provide you with the option to buy it rather than be interviewed for it.

Hyundai don’t give us any actual performance figures for the fuel cell driven ix35 but they do say it can manage a range of 365 miles which is fairly typical.

Number aficionados should know that everything you could expect from at typical family car. There’s a similar range to most cars, 0-62 mph takes some 12.5 seconds and top speed is around 100 mph.

Granted, most cars do more than that but few families actually get to travel at more than that. As we know, hydrogen fuel cell powered cars are about as green as it gets.

The only emission is water vapor and they burn the most abundant resource in the universe, hydrogen. Hyundai will allegedly have it ready for the market by the end of the year.