Project Kahn does the Mercedes SLK200 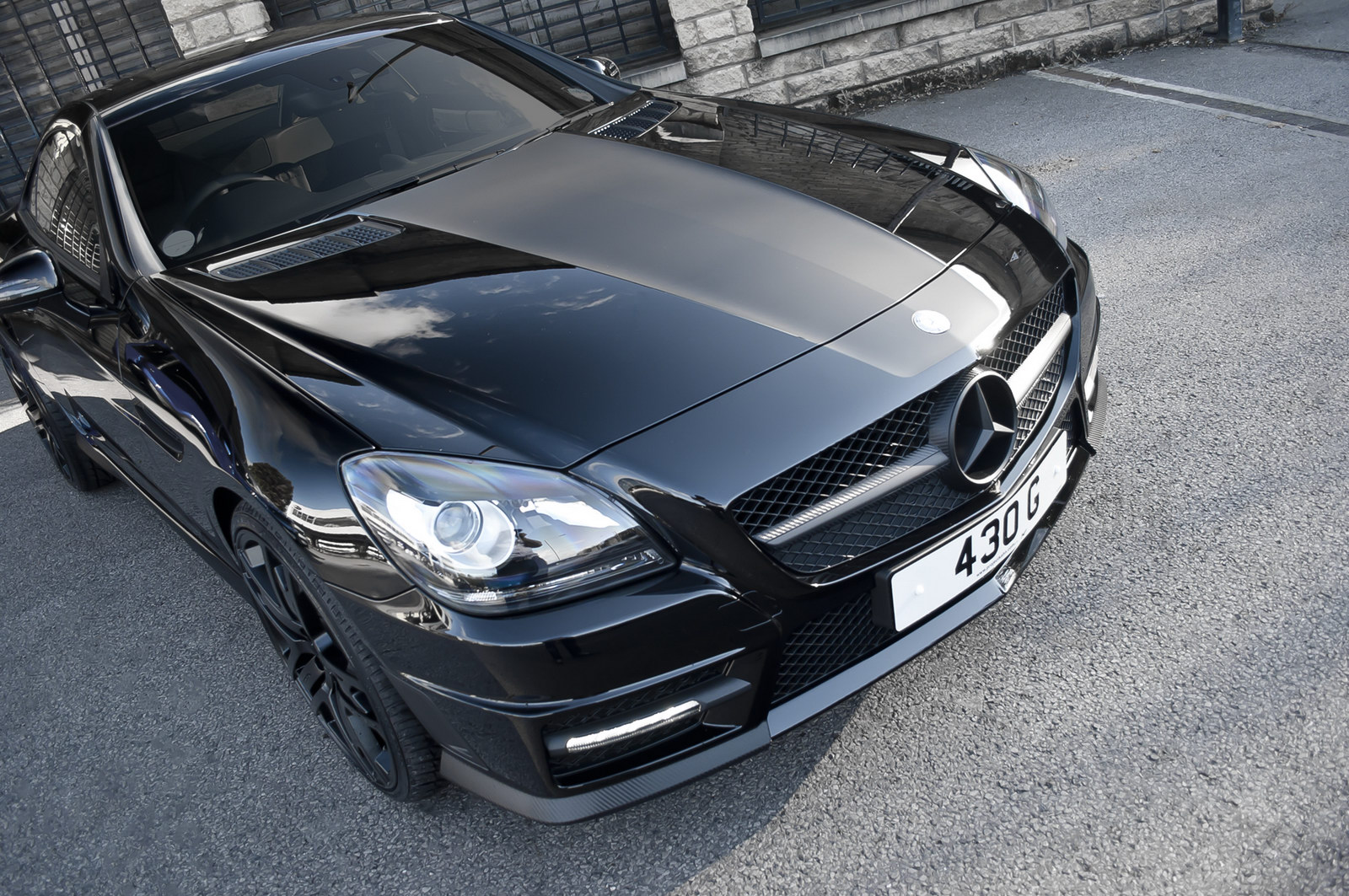 It would seem like the British tuners at Project Kahn have decided to take a break from modifying the usual product such as Range Rovers and do something new.

They’ve decided to pick a Mercedes SLK roadster for the occasion but unlike the Range Rover trend, they didn’t go for the gas guzzling SLK 55 AMG and instead they went with the very economical BlueMotion one.

So far we’ve got two unusual things about what Project Kahn has been doing recently but in from here on there’s no surprises.

Yes they chose to tune up the Mercedes SLK200 but what they’ve done to it is as predictable as snow at the South Pole.

The popular term of “murdering it” fits in perfectly with the new aesthetic appearance as everything is black, even the badges on the front have been darkened.

Add 20 inch matt black wheels, tinted windows and a bit of black foil in the rear lights and it’s clear that the new Mercedes SLK200 by Project Kahn isn’t going to win any awards at SEMA.

In terms of performance, Project Kahn must be pretty connected as this fuel sipping SLK200 was first prepped by AMG and Brabus before being sent over to the UK.

It now has an extra 56 horsepower, a lowered suspension and all the loudness one needs from a tuned up car. This particular Project Kahn Mercedes SLK200 will set you back £42.875, the equivalent of around 68.000 dollars.