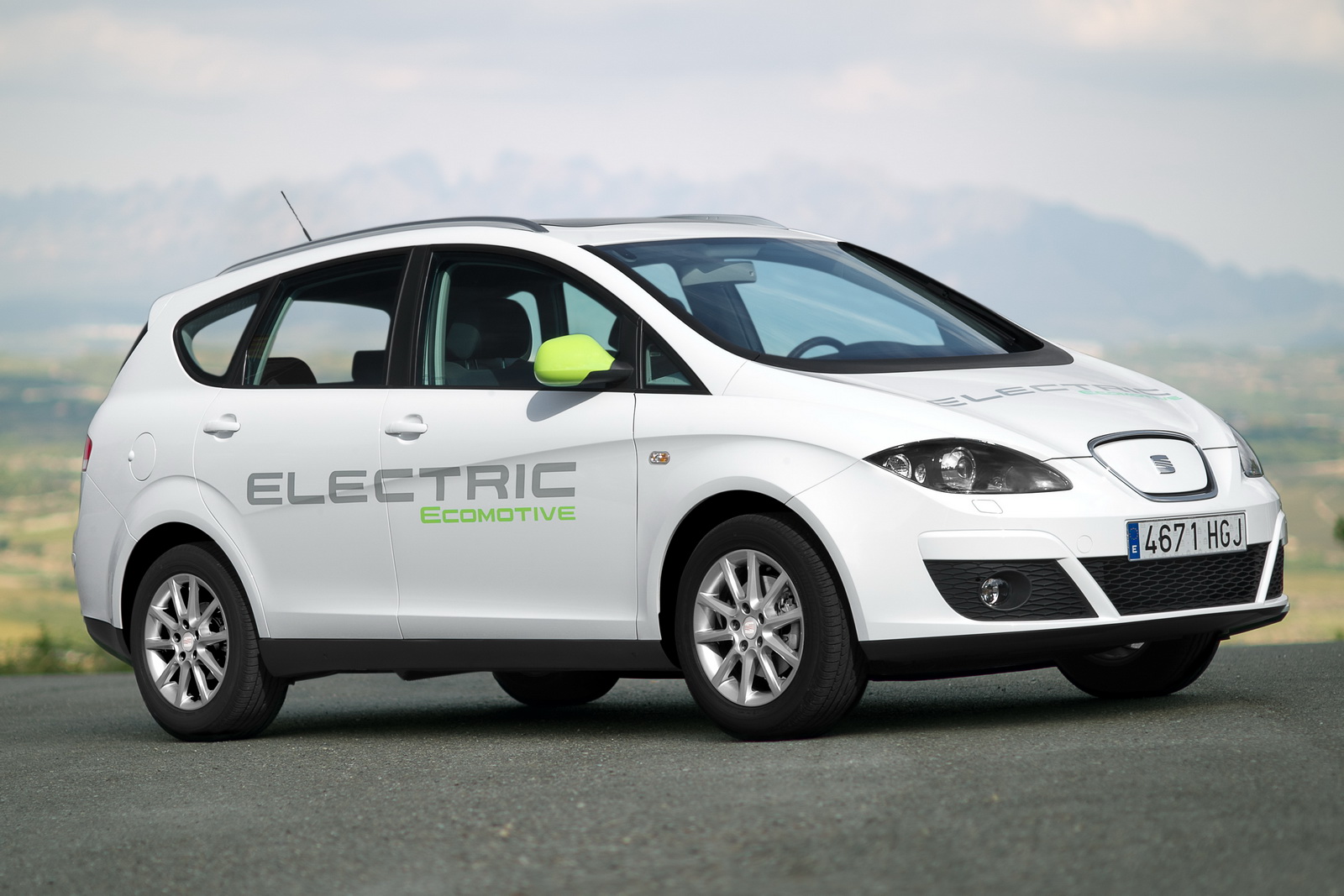 Joining on the current EV trend is something that just about any manufacturer, regardless of the parent group they belong to, must go through with.

Seat’s efforts in this direction have brought us to the Altea XL being turned into an EV and earning the new “Electric Ecomotive” name tag.

Unlike, most such conversions the Spanish mid-size MPV doesn’t receive any noticeable aerodynamic tweaks and is only given away by the massive sticker.

A usual TDi powerplant one may find in the Seat Altea XL is replaced by a special electric motor that’s capable of offering 115 horsepower and 200 lb-ft of torque.

Interestingly enough the guys at Seat didn’t provide too much information about the battery package they’ve opted for but instead they’ve shared the range and performance figures.

A maximum top speed for the Seat Altea XL Electric Ecomotive is set at 85 mph and when not really travelling at that speed you can go as far as 85 miles on a single charge.

The Altea XL is still a prototype for the moment and it will be sent to Catalonia and Madrid government institutions where they will enter a testing schedule.

Joining it will be another Seat green vehicle, the Leon TwinDrive Ecomotive plugin hybrid. It can manage a 32 mile and a top speed of 75 mph when travelling on the electric motor alone.

Pending the successful test ending, Seat will eventually come up with production versions of the electrically powered Altea XL and the Leon as well.