The 2014 Chevrolet Impala is rolling out 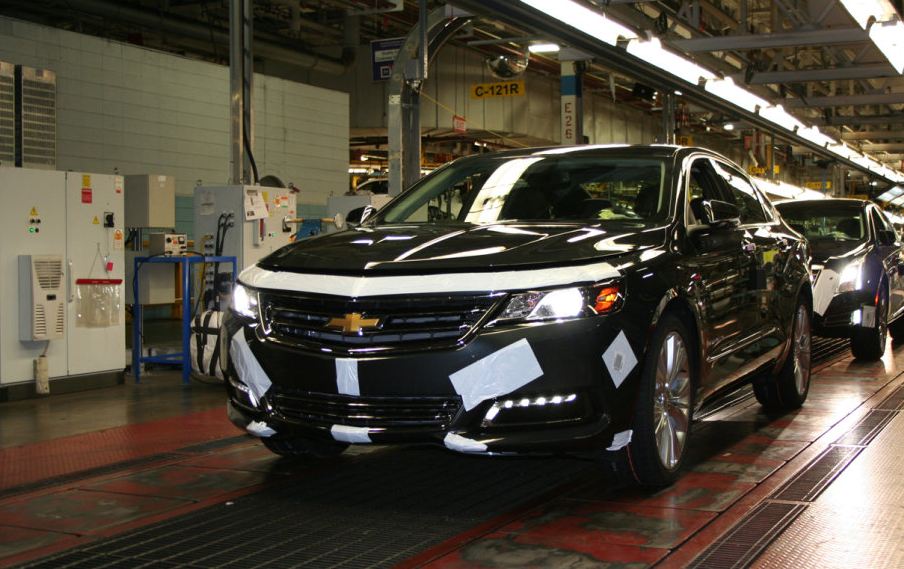 Good news for those out there just dying to get their hands on the 2014 version of the Chevrolet Impala. As we speak, the Oshawa factory has started production.

So by the end of this month, you might find one Impala at a car dealer near you. And while we wait for the vehicle to run its course through the assembly line, let’s recap some details.

First revealed at last year’s New York Auto Show, the 2014 Chevrolet Impala has reached it’s tenth generation. Once it will be available, you will have the option of three engines: a 2.5 liter four cylinder, a 2.4 liter hybrid four cylinder and the more powerful 3.6 liter V6 engine. All of these will use a six speed automatic gear box to deliver the power.


And just as many other cars have, the Chevrolet Impala will have let go of the huge gas guzzling engine. So no more V8. To compensate, some new features have been installed, like the Adaptive Cruise Control or crash avoidance system, with the lowest trim level starting at 27.535 dollars.