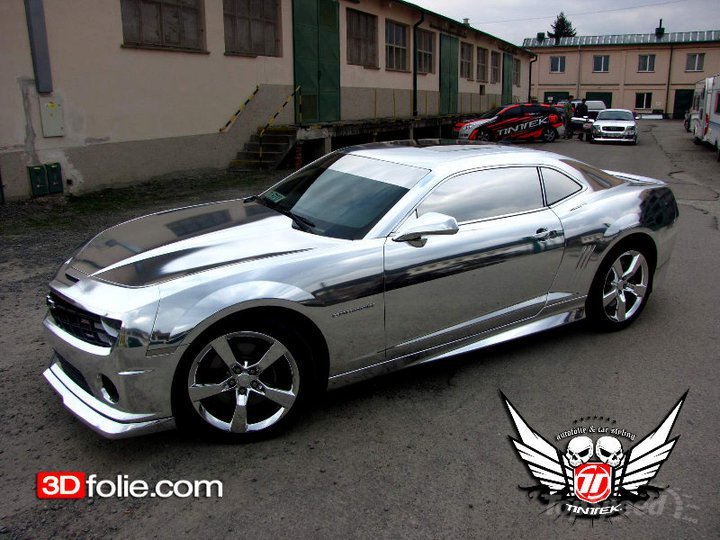 Fighting off in a world of American muscle cars it’s not exactly going to be the most discrete or subtle position one can be, but for the 2011 Chevrolet Camaro SS things got a whole lot worse.

Not only does the General Motors star muscle car have a pretty edgy look to start with and a role in Transformers movies, it now got some special tuning features added.

These features simply killed off the absolute limit of eye sore and they are here available not because of some Japanese ricers, but because of Tintek, a Czech tuning company.

Apart from this generally obvious change, not much is going on with the Chevrolet Camaro, nor under the bonnet or inside.

Momentum still comes from a 6.2 liter V8 engine with the well known 400 horsepower and 395 lb-ft of torque available just as always before.

Getting back to the killing off of the subtlety, it happened because of a complete body’s chrome looking vinyl wrap that Tintek added to the equation.

As if that didn’t have enough reflective properties, the Chevrolet Camaro SS would be getting some mirror-like tinted windows.