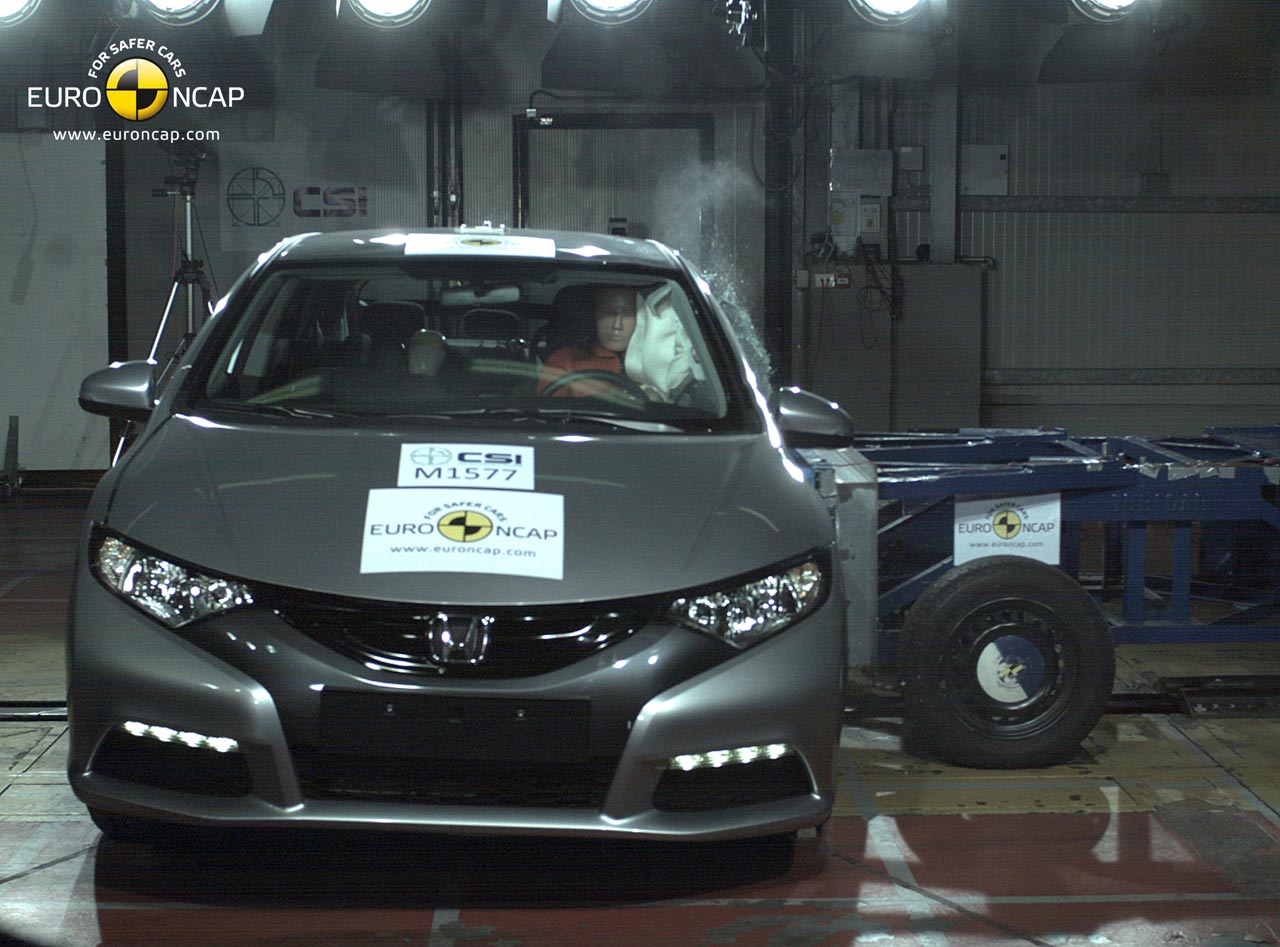 The Japanese have recently unveiled their touring car racing version of the 2012 Honda Civic and now they have even better news for us fans.

Or rather, the guys over at Euro NCAP have that news for Honda first and for us second. The safety commissioners have just tested the latest version of the hatchback.

The results that came back on this testing are more than positive for the guys over at Honda as their Civic managed to score an impressive 5 stars.

That’s the highest score you can get under the European legislator’s testing conditions with some of the highest individual points available.

The 2012 Honda Civic got a 94 percent rating for adult occupant protection and 83% in child protection.

The latter isn’t as high as it could be and there’s not too much to be said about the pedestrian protection rating.

It should be pretty good though since Honda is going to be offering the company’s Collision Mitigation Braking System technology on the new Civic.

This system is so effective that Honda officials claim that it could reduce the number of accidents by as much as 200.000 to 250.000 every year.

Euro NCAP noted this effort in their scoring but I reckon it says quite a lot about the number of accidents the Honda drivers may end up getting into.

The pictures may not be the most obvious proof but the little hatchback managed some of the most impressive results ever for side impacts.

All we can say is that Honda deserve some congratulations and that if you’re looking to buy one of the 2012 Civic, great safety is another plus point in its favor.