2018 Lamborghini Huracan Superleggera Gets Spy Video at the Ring 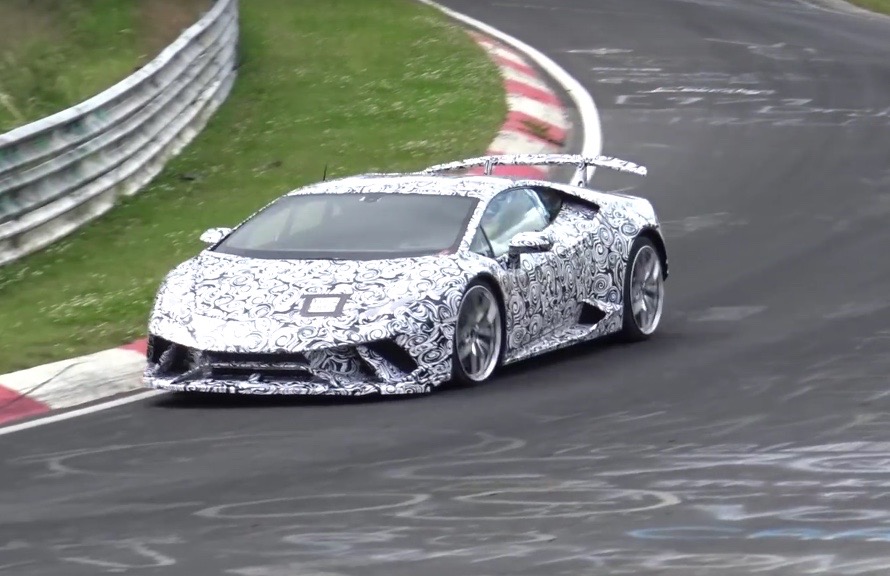 Some might say that the previous generation Lamborghini Gallardo Superleggera is out of date and a new version will freshen-up the carmaker`s entire Huracan lineup.

Well, the good news is that the long-expected version is here for the take, as Lamborghini is currently testing the new Superleggera at the Ring, and the real proof is the spy video below.

As we can depict from the video, the new Huracan Superleggera is running its latest tests before being officially unveiling at the 2016 Paris Motor Show, in September.

The differences between the old lad and its successor are pretty obvious: this hot model is set to be the hardcore version of the Huracan lineup, lighter and higher-performance.

Most importantly, the 2018 Lamborghini Huracan Superleggera is losing weight, up to 100 kg, meaning increased performance and greater power-to-weight ratio.

As for performance, the hot model is set to pack an upgraded 5.2-liter V10 engine, developing around 460 kW. However, the rumor mill indicates a much higher performance.

Once it will emerge on the market, the 2018 Lamborghini Huracan Superleggera will complete the lineup, joining the Coupe, Spyder as well as the 580-2 rear-wheel version. More details will be announced at the 2016 Paris Motor Show, meanwhile, enjoy the spy video with the hardcore test mule completing some rounds at the Ring!