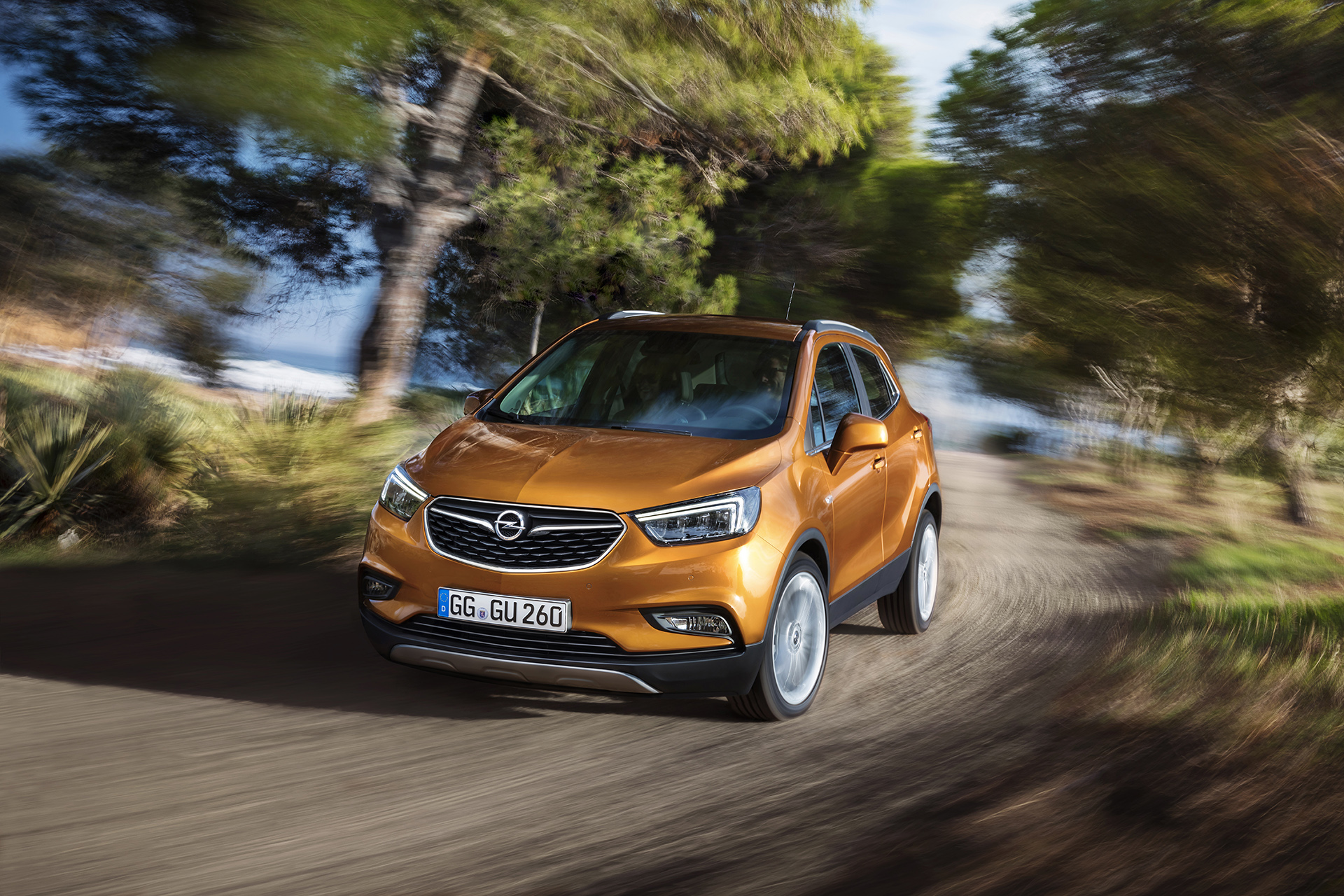 During its 4 years’ existence, Mokka had been sold in over 500,000 units across Europe. Therefore, it became one of the most popular cars in class. At Geneva, the Germans will unveil a facelift version of their sub-compact SUV: Mokka X. What’s new, besides the X in the name? There are few interesting features, such as the gasoline engine, adaptive LED headlamps and a new infotainment system.

First, the engines: the 1.6 diesel (110 hp and 136 hp) currently equips Mokka, so nothing new here. The novelty is the new gasoline 1.4l Direct Injection Turbo engine which made its debut in the new Astra. It promises a NEDC measured combined consumption of 6.6 l/100 km and 154g/km CO2, thanks to a six-speed automatic transmission and Start/Stop system. Regarding the AWD system, it’s based on electro magnetic multi-plate clutch. In normal conditions, the power is sent to the front wheels, for fuel economy. When the surface becomes slippery, up to 50 percent of the power can be sent to the rear wheels, for better handling.

Then, there are the AFL LED headlamps, which adapt the lighting pattern to ensure the best visibility without glaring other drivers. Nine functions allow the new system to operate close to perfection: town light, country light, tourist mode, a curve and cornering function, backing-up /maneuvering light and a stop mode light (eco). The lack of mechanics makes the LED system exceptionally reliable, much faster and more accurate. It will be paired with Opel’s last generation front camera. It’s bigger resolution and larger processor will help AFL LED system adapt instantaneously the high beam intensity to the incoming cars. There are also other systems that take advantage over the improved camera: Traffic Sign Assistant, Following Distance Indication (FDI) and the Forward Collision Alert.

Finally, best-known from the new Astra, Opel OnStar services will be available also for Mokka X. It will collaborate with the last generation of IntelliLink infotainment system, which allows Apple and Andriod smartphones transfer their functions to car’s infotainment system. Now, that you’re connected, sit back and relax: Mokka X will probably be one of the most confortable car in the sub-compact SUV segment, as AGR (Campaign for Healthier Backs lead by independent back health experts) tested and certified its ergonomic seats.