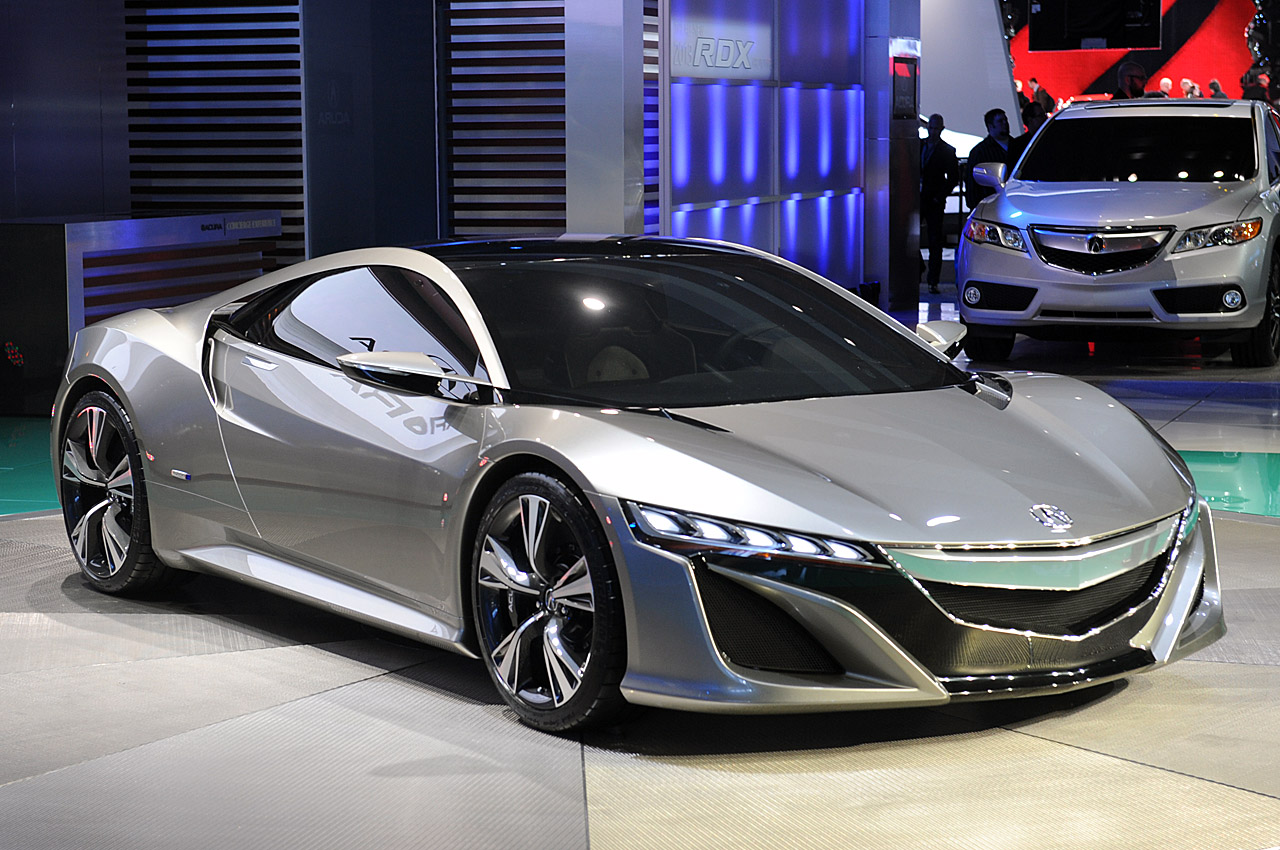 It’s been a while since we heard anything more than rumors about the revival of the Honda/Acura NSX or the confirmation of its existence.

Finally we can get a look at what the car will actually be since the Japanese have unveiled a new concept at the Detroit Motor Show that previews the actual car.

The new Honda/Acura NSX Concept looks remarkably similar to the vehicle we’ve gotten a chance to see “Tony Stark” driving around during shooting of the next movie to feature Iron Man.

It is a fantastic looking thing and it really seems like a pleasantly futuristic machine instead of the weird and scary looking Acura designs we’ve been seeing lately.

Technically though, the new Honda/Acura NSX won’t change very much as it will still have a lightweight construction and a V6 VTEC engine at its core.

Unlike the original 90’s version of the NSX, the following one will be helped along by a SH-AWD system which features a dual clutch transmission and an electric motor blended in.

The end result is that the new Honda/Acura NSX will feature plenty of the lovely and enjoyable performance we all want and the legal and boring efficiency the authorities want us to have.

This means that when the upcoming Honda/Acura NSX goes on sale it should give the BMW i8 a run for its money.