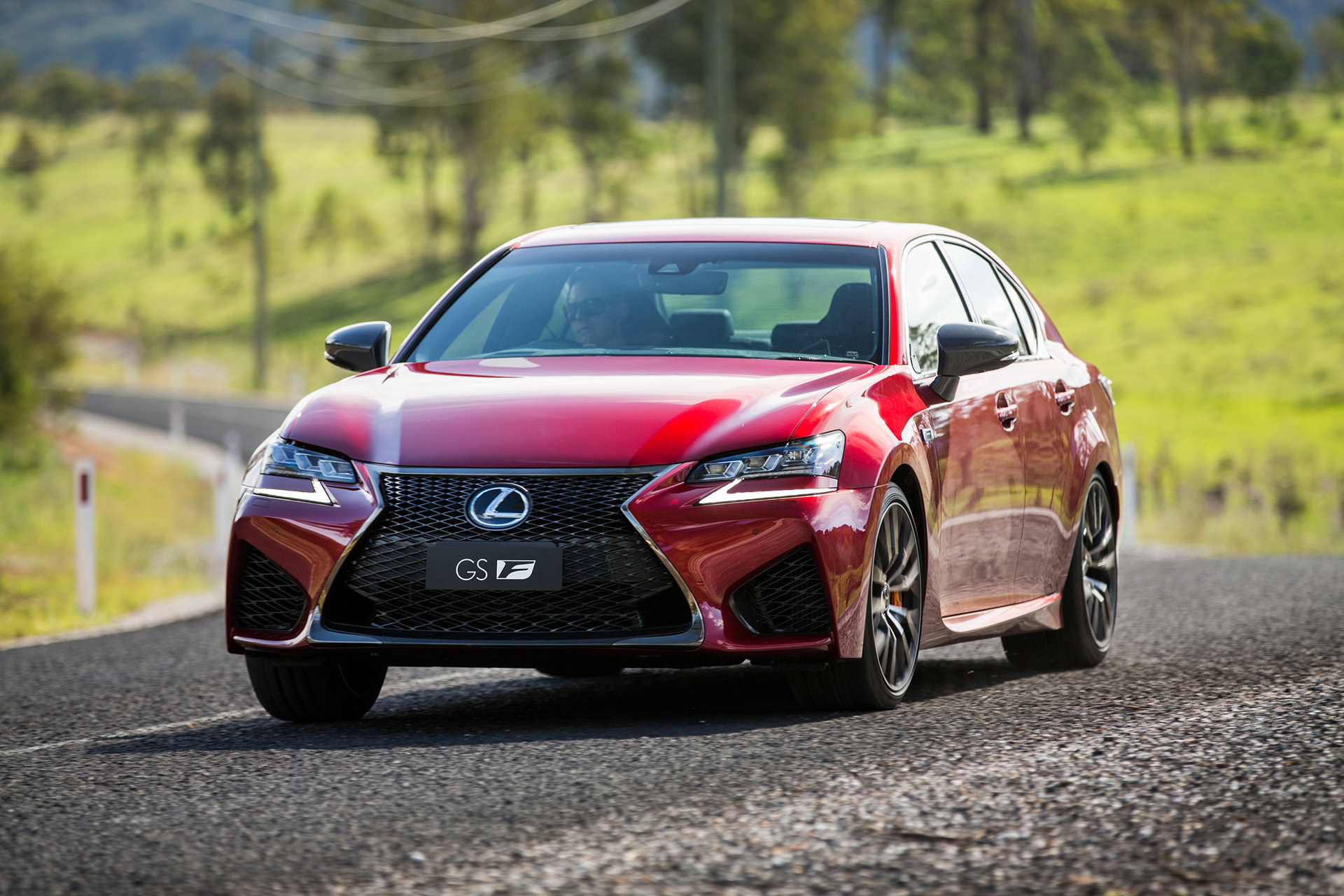 Australia: the land of fast, muscle cars. The land where no engine is too big or too powerful. Lexus couldn’t be possibly missing the fight, so they launched the GS-F.

It’s the second model the F division launched in 12 months, and the fourth in the F Australia division history. It was preceded by the 2008 IS F V8, the 2011 LFA V10 and the last year’s RC F V8 coupe. So, the new GS F must be a piece-of-art itself, with its V8, 5.0 litre engine, capable of 351 kW (477 hp) and 530 Nm of torque. It powers the rear wheels, via an intelligent 8 speed gearbox. It’s intelligent because it continuously monitories the dynamics via a G-sensor, shifting the gears according to its values. The huge torque is backed up by a fully adjustable Torque vectoring differential, able to send the amount of power independently to the rear wheels.

The mighty engine offers the highest power that ever moved a Lexus sedan. It was optimized to the maximum, benefiting over many technological features: low internal friction, VVT-i and high-pressure dual injection. All these allow it to freely rev up to 7100 rot/min, where it reaches its peak-power. Another interesting fact to mention is the high compression ratio, of 12.3:1. The transmission is also fast: it shifts up in 0.3 seconds, while shifting down takes 0.2 seconds.

The driver can choose between four transmission programs (ECO, NORMAL, SPORT S and SPORT S+), and three differential settings. To complete the sporty feeling, a new exhaust system has been designed. It features a minimum back-pressure, and is pretty quiet sound at low engine speeds. However, at high engine revolutions, the sound’s volume increases exponentially. Just like the LFA, not only its volume has been modified, but also its tonality. Up to 3000 rpm, the tone remains deep, while above this engine speed it becomes higher-pitched. There are also two speakers installed onboard: the one in front recreates the engine note, while the rear one delivers the low frequency sound of the exhaust, but only at the sport-oriented transmission settings. Three programs modify the steering response: Standard, Slalom and Track. The base model will cost 148.800 AUD (about 107.000 USD).