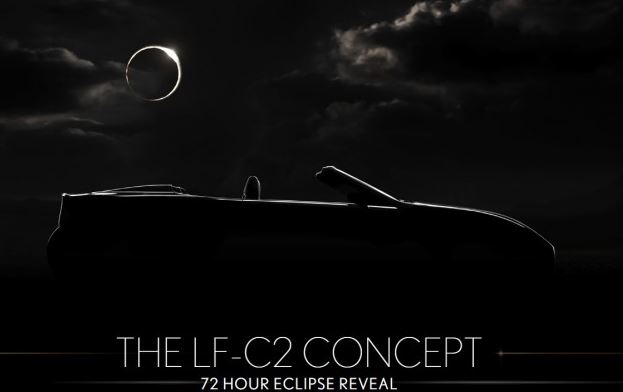 With the 2014 Los Angeles Auto Show knocking at the door next week, a lot of important carmakers worldwide have begun to launch a lot of teaser images and videos of their future models.

It is also the case of the Toyota`s subsidiary Lexus brand, which have also given us a teaser image with the upcoming Lexus LF-C2 Concept, which actually previews the future RC / RC F Convertible.

The fresh Lexus LF-C2 Concept will come with a two-seater body and with some radical features in terms of visuals, like a rakish windscreen, integrated trunk spoiler or a stylish rear deck. More details will be unveiled in Los Angeles.

Representatives from Lexus have declared in a press release, that the Lexus LF-C2 Concept would be officially unveiled on November 19.

“This exciting new open-air concept will be revealed at a press conference scheduled for 1:40 p.m. in the brand’s display located in the South Hall of the Los Angeles Convention Center,” representatives also concluded.