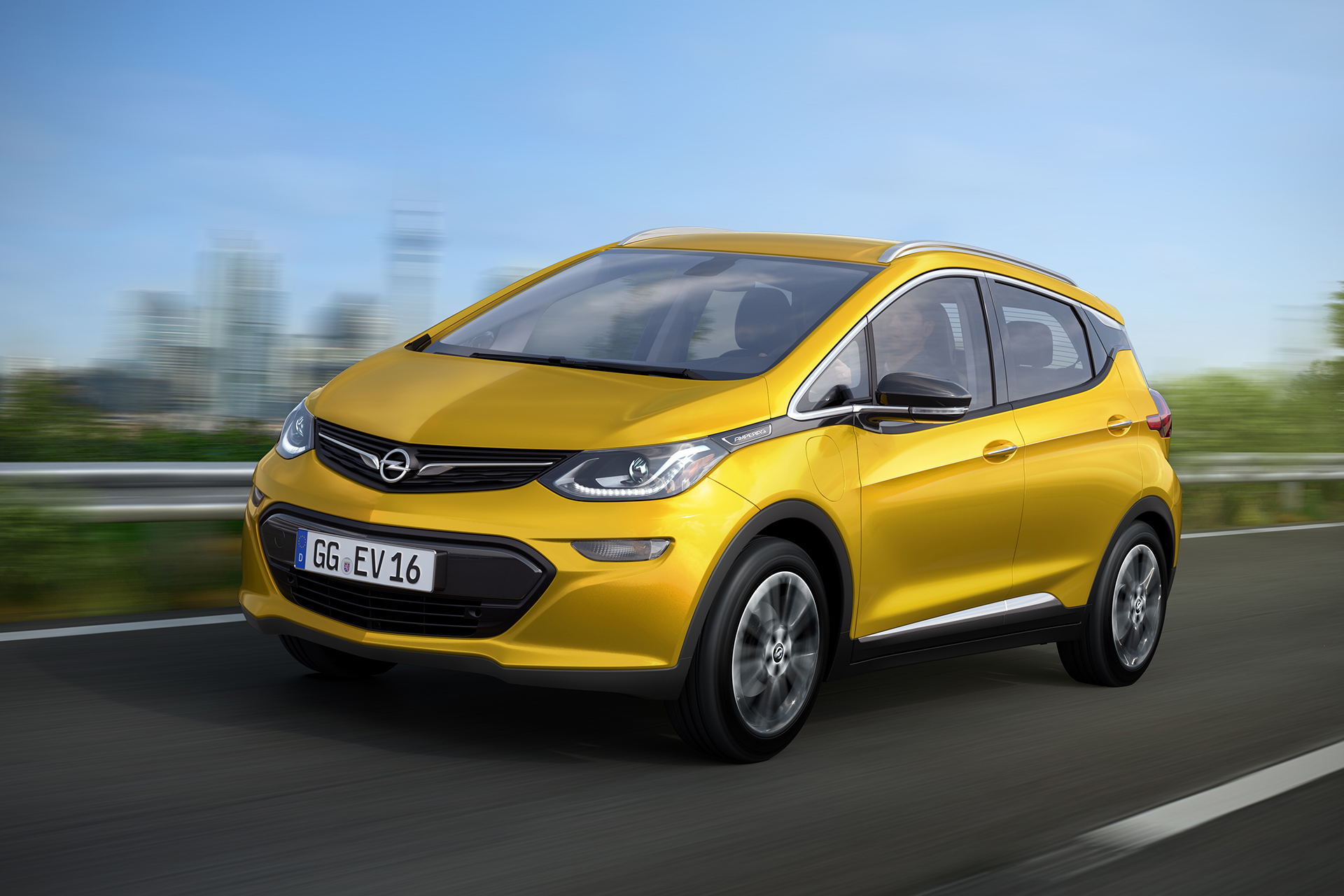 The new model is a part of Opel’s strategy, of launching 29 new models between 2016 and 2020. It’s the first time in history that Opel sets a goal of this amplitude.

What makes Ampera-e better than other electric cars? First of all, it promises a longer range than the majority of electric cars on the market. Then, probably even more exciting, it will be affordable.

It’s going to be the European version of the Chevrolet Bolt, which was presented last month at CES and Detroit Motor Show. Its American brother revealed most of its technical data: his estimated range reaches 320 km, while the fully-charging time lasts 9 hours, using a 240 charger unit. Each charging hour, at this voltage, provides an average 40 km of range. However, there’s a quick-charging mode, which can charge the equivalent of 145 km in 30 minutes. The battery-pack isn’t T-shaped, like in the Volt – Ampera, but rectangle-shaped, being placed under the floor. It’s compact enough to provide a good interior space and not intrude into the trunk. In Chevrolet’s model, the cargo space has a capacity of 478 liters. Back to the batteries, they have a 60 kWh capacity and weigh just over 430 kg. Paired with the 200 hp electric engine, they are able to accelerate the Bolt to 100 km/h in 7 sec. The entire drivetrain, including the electric motor and the batteries of the Bolt are made by the Korean giant LG.

Opel announced that the Ampera-e will be equipped with the manufacturer’s connectivity and assistant Opel OnStar, together with smartphone-connectivity systems and infotainment technologies. We expect it on the market in 2017.