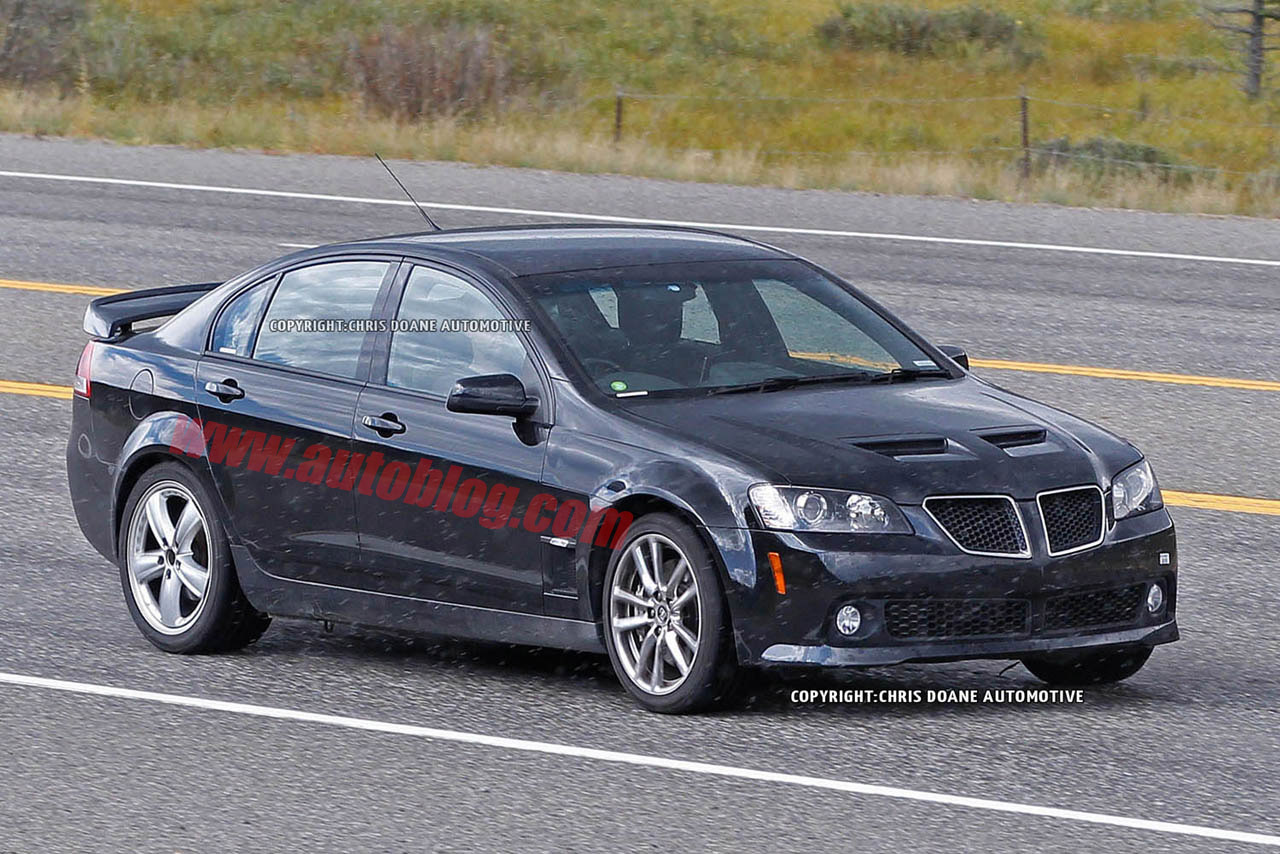 Chris Doane Automotive sent in a set of spyshots recently that are… surprising to say the least. It’s not the car we’re surprised by but the brand.

As you can see, the images contain the Pontiac G8. The hot American sedan was killed off a while ago along side the brand making it.

Pontiac was one of the victims of the way the US automotive industry has had to reinvent itself and cut down on its losses.

So why on Earth is somebody testing a mule of the Pontiac G8 these days? The answer is pretty simple actually.

You see, in reality, this car is simply using the G8 as a skin as it’s a test bed for the forthcoming Chevrolet SS model.

The upcoming SS will be based on the same platform as Australia’s Holden Commodore which is what used to underpin the G8.

Even so, the changes going on under the skin are quite substantial, which is how we should explain the different wheels used to begin with.

At the moment there are no details available on what the car is about but, in the end, there’s a simple car we’re dealing with.

Think of a big V8 under the bonnet, one that’s closely related to the one in the Chevrolet Corvette, a manual gearbox in the middle and drive will be going to the back.

The model spotted here is used for testing of an Australian Holden of some sort but Chevrolet’s SS is definitely happening.