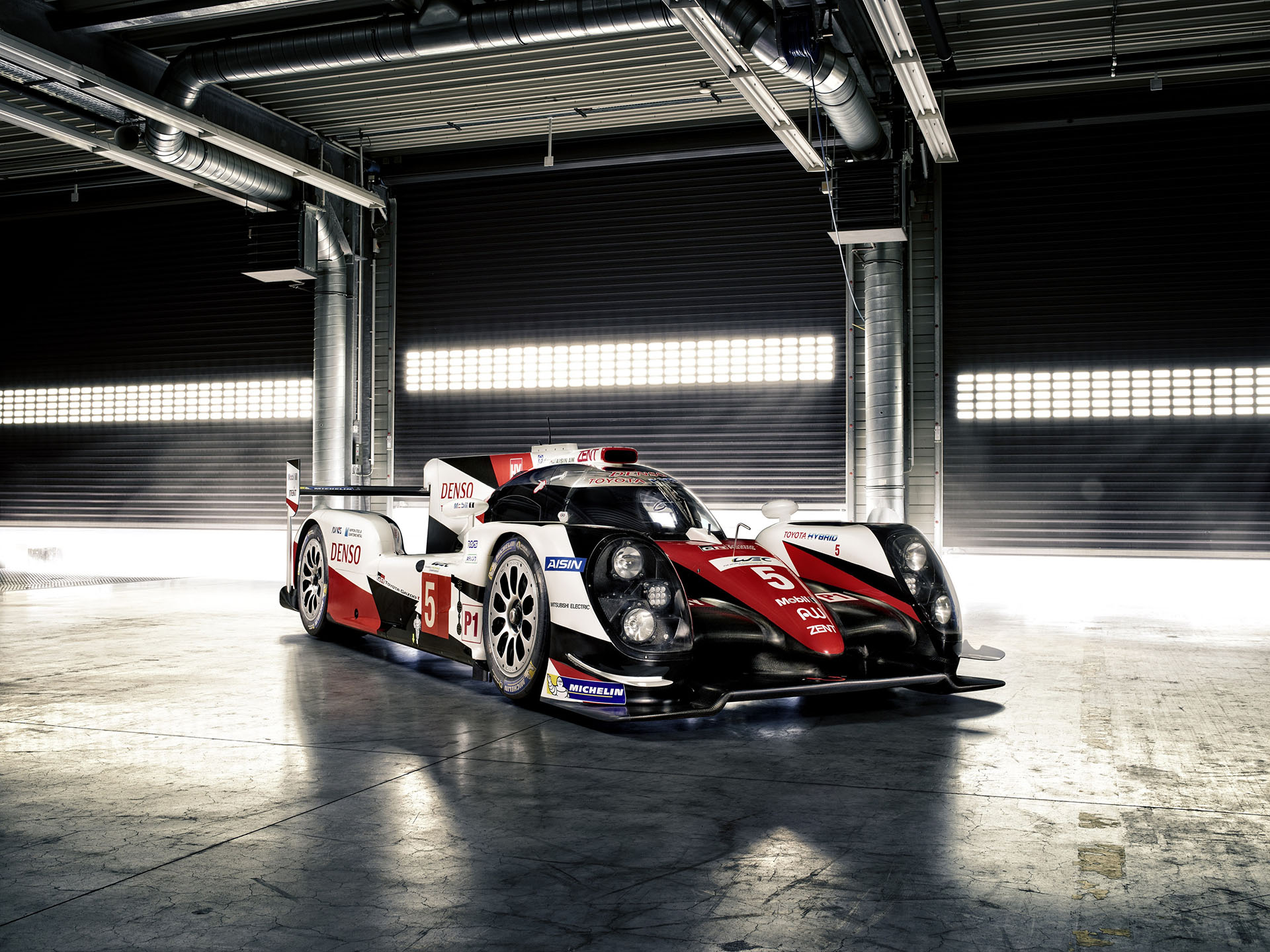 Anyone can say anything about Toyota, but no one can say it produces beautiful cars. It’s the same case here: if the TS050 would participate in a beauty contest it certainly won’t be a winner. However, it’s meant to take the start at the Le Mans, and for that kind of contest it is absolutely perfect!

It’s perfect because of its engine: the V6, 2.4 liter twin-turbo engine, gets the juice via a direct injection system and is helped by a 8MJ hybrid system. The engine is developed by Toyota’s Sport Division in Japan and was especially designed to be best suited to the current regulations. More, giving the Toyota on-road philosophy, to extensively use the hybrid systems, this racing heritage could be used under the future models’ hood. The concept is the same as the one used in road cars: two motor generators, positioned in front and rear, recover the braking energy from the both axles and send it to a high-power lithium-ion battery. At acceleration, the electric motor adds extra punch, using the electricity from the battery. Because of the change made by Toyota, who passed on from capacitors to battery storage, the new model is able to take the start at the 8MJ category. The engine is matted to a new, 7-speed sequential gearbox, capable to handle the bigger torque.

It’s also perfect, because of its chassis: it was redesigned from scratch by Toyota Motorsport in Germany. It was engineered to allow the relocation of the motor-generator unit, for an improved air flow under the body, and to grant different points of anchorage, for a smaller tyre wear. The vehicle has been tested for over 22.000 km, with good reliability results. The first WEC race is scheduled for 17 April, at Silverstone.