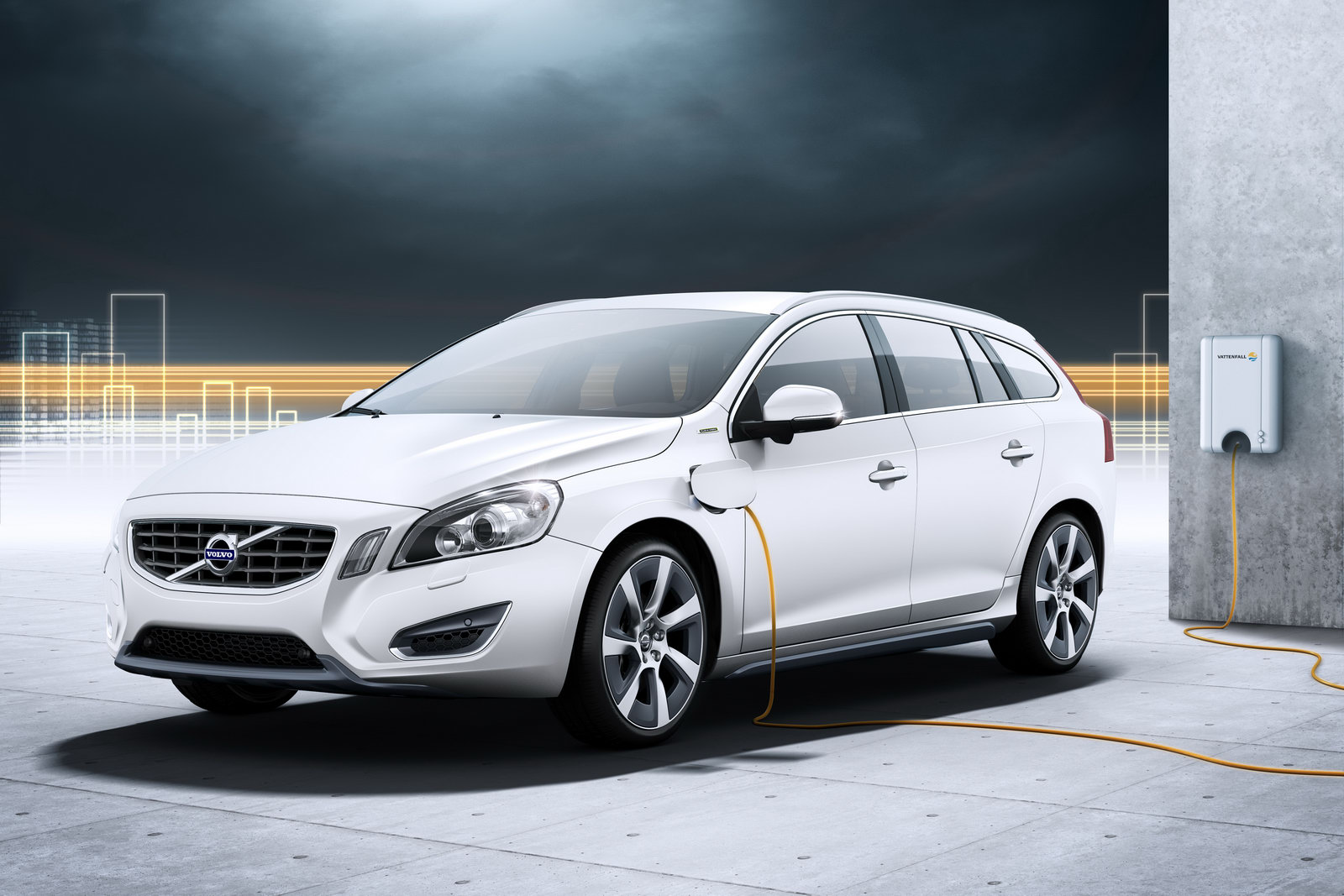 Something I find stupidly weird is how the environmental minded folks missed this idea for quite a long time but Volvo is leading the pack on settling the mistake.

That’s because Volvo, using their V60 are going to be among the first car makers to come along with the diesel hybrid powertrain.

Perhaps they took some inspiration from the Swedish trucking division in terms of fuels used.

Volvo used a non truck sized five cylinder 2.4 litre D5 turbo diesel which develops 215 horsepower and they teamed it up with a 70 horsepower electric motor.

The whole setup promises quite some power and torque but the most important bit is found in the EV’s power source.

That’s where Volvo’s V60 gives you an option between a 12 kWh lithium-ion battery pack and an electric plug. If you go for the plug, “filling up” takes a mere 7.5 hours.

On the brighter side, Volvo has some original naming for the buttons inside their V60 diesel-hybrid.

You see, Volvo has a very “cool” switch inside that controls the powertrain delivery between either or both motors.

The best bit of the system is in how if you use the electric power you have to look inside your Volvo V60 diesel-hybrid and press the “Pure” button.

Isn’t that just the best set of switches ever?