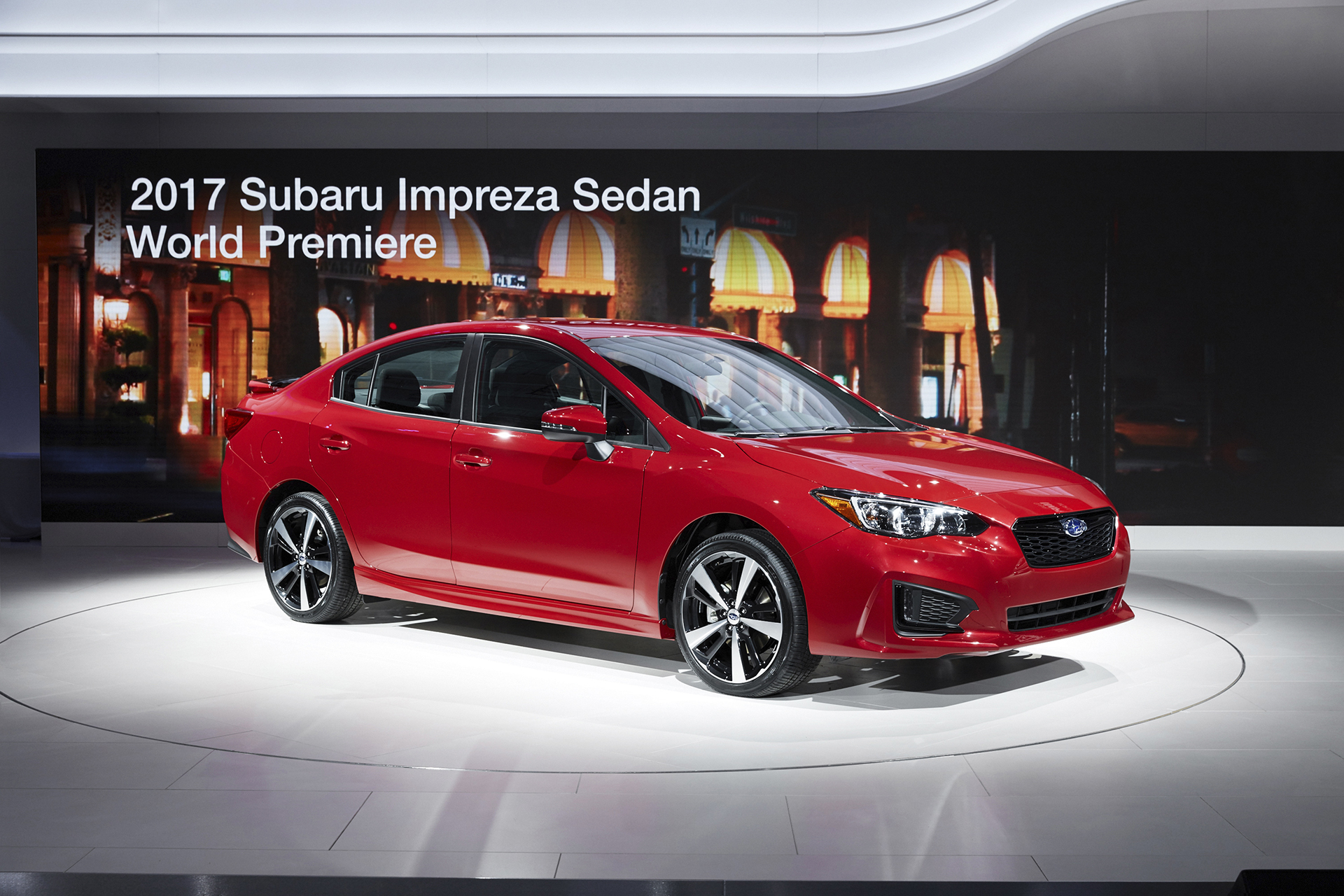 Finally, it’s here! After being announced with few occasions, the Impreza family has been unveiled at NYAS.

This is only the North American version, as the European one will follow later this year. This fifth generation is built on the revolutionary Subaru Global Platform. It promises an important increase of rigidity, with direct benefits in case of an impact. The high tensile steel plates, together with an optimized design offer 40% more impact energy absorption. More, thanks to the lower center of gravity, the handling becomes more like the one of a sports car, meaning the avoidance maneuvers are much safer. However, Subaru made everything possible to avoid any accident danger, equipping the Impreza with EyeSight. This technology brings together system like Pre-Collision Braking Control, Lane Keep Assist and Adaptive Cruise Control, Steering Responsive Highlights and High Beam Assist. An interesting feature is the automate braking for reversing, which first announce the driver to stop when the rear bumper gets too close of an obstacle and if no action is taken, the car brakes automatically.

Being announced by the previous concepts, its exterior design isn’t a surprise anymore. It looks dynamic and powerful, keeping most of the elements found in the Impreza Concept. However, there weren’t many things known about the interior design and features. But now, that everything’s unveiled, we can say it looks very detailed and elaborated. The combination between the curved surfaces and the clearly delimited edges is intriguing, while the 8.0 inch touch-screen display dominates the whole image. The connectivity is at an excellent level, thanks to the Android Auto and Apple CarPlay capabilities.

The only engine announced for the moment is a new 2.0 liter boxer, developing 152 hp. It features direct injection, for improved fuel consumption and it’s matted to a CVT transmission, called Lineartronic. Typical for Subaru, the new Impreza is offered exclusively in Symmetrical AWD configuration. We also hope to see a WRX version soon.