A new rumor on Ferrari’s presence at Geneva 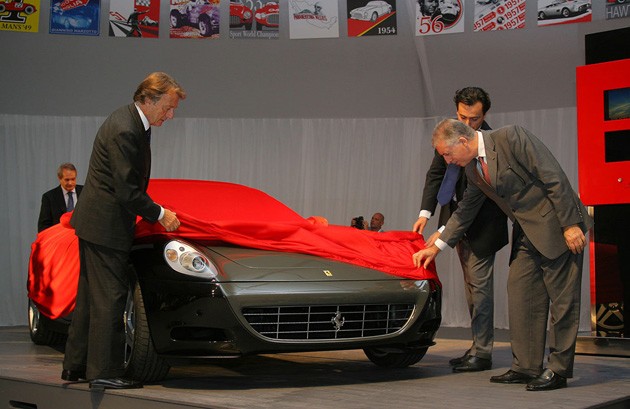 As ever, enthusiasm is not exactly missing from the equation when you hear of a new Ferrari launch. Be it in production or concept form, fans flood in their millions.

This time, the flair and business appeal of selling a Ferrari by the Maranello CEO, Luca di Montezemolo, had grasped more excitement than ever as he speaks of something unheard of.

But what could that unheard of thing be. Generally, if it’s unheard of, nobody knows yet. But that hasn’t stopped the flocks of prancing horse enthusiasts from projecting their ideas on what’s going on.

Some speak of a possible replacement for the 612 Scaglieti, others (including me) reckon it’s a 599 hybrid ready for production and then there are the truly hopeless.

There’s even talk of a Ferrari four wheel drive shooting break (estate to those who don’t speak marketing) based on the California. That’s just impossible, it really is. Just as Montezemolo said this would be different he’s gone on record a while back as saying that a foor door saloon will never happen for Ferrari. Given that one practical idea isn’t coming, why would one that’s even more practical.

At the end of the Geneva Motor Show I may begin eating my shoes as if I’m wrong, it would be interesting to see a Ferrari estate. Boy do those two words never mix.