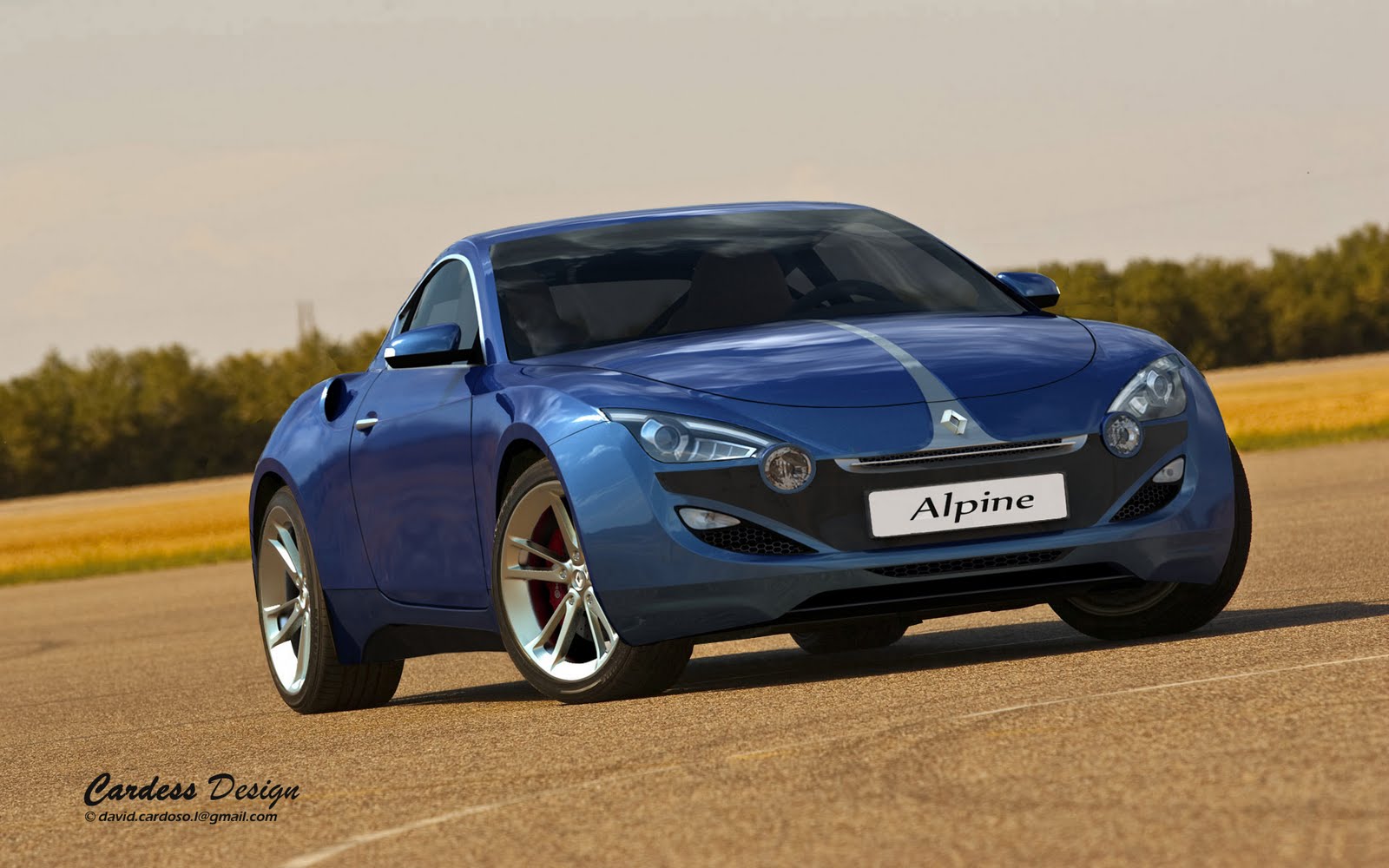 It seems like we didn’t get enough of the nostalgia effect with the limited run edition of the Growler E Concept telling us about the Jaguar E-Type.

It just seems that way because the French at Renault have gotten misty eyed about their low-cost Dacia getting a new trophy that they wanted a bit more heritage in motorsport.

That’s how the Renault Alpine Design Study came about into existence.

With the Alpine name being one of traditional importance to Renault it’s easy to see how this design study isn’t going to be a wimpy fuel efficient hybrid.

Even though we’re seeing some of the influence of the good old Renault Alpine 110 there’s a good chance that the new Renault Alpine Design Study does take a few design cues from the Nissan 370Z.

With Peugeot bringing back the RCZ coupe, Renault stands a pretty good shot at getting this new Alpine into coming to life.

The actual creator of this new modern Renault Alpine is a chap called David Cardoso, an artist behind many interesting concepts of late.

Given Renault’s experience with the Alpine A610 in the mid ’90s, I doubt it will actually happen but still it’s nice to dream from time to time.