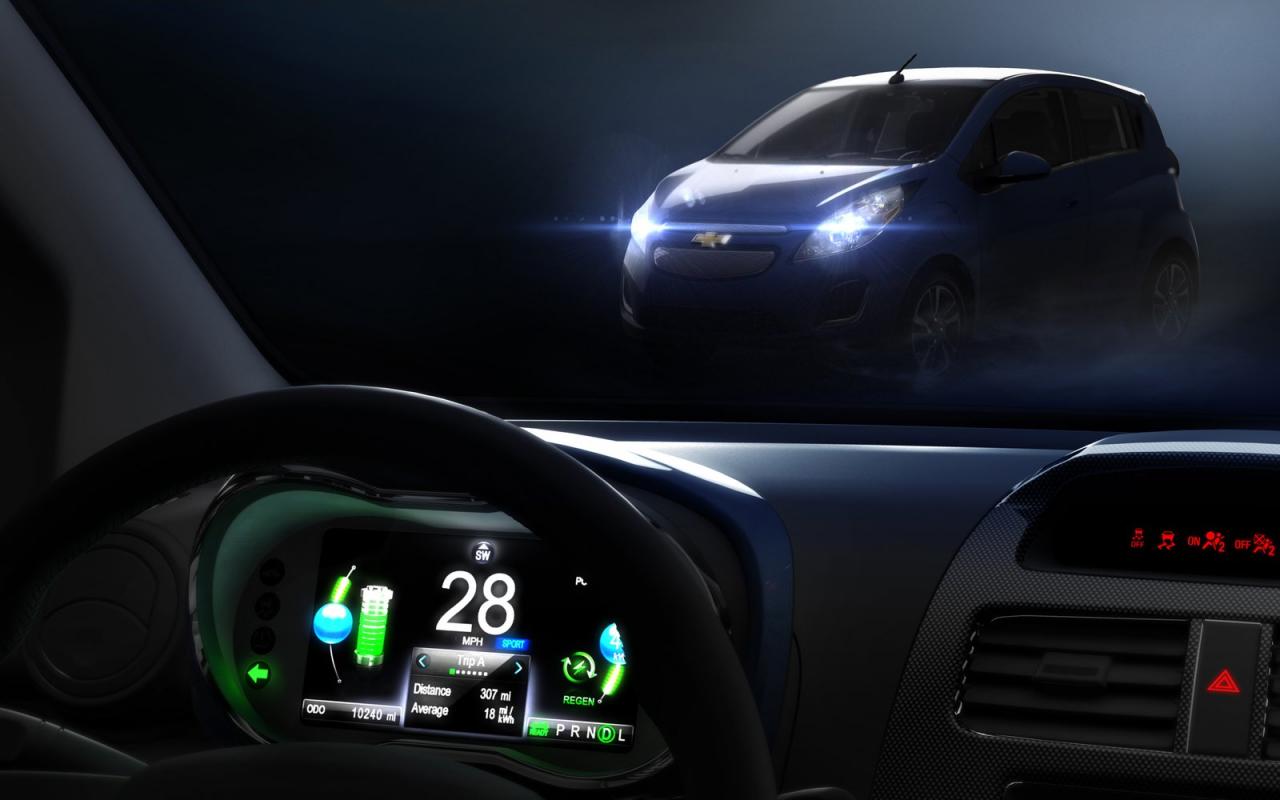 Chevrolet officially confirms that the electric version of the Spark compact model will be unveiled at the upcoming Los Angeles Auto Show.

The tiny EV will join several other models such as the Sonic RS, Malibu Turbo or Camaro Hot Wheels Edition at the American show.

Under the hood we will find an electric motor which delivers a total output of 114 horsepower. Scheduled to be offered in a limited edition, the Spark EV also packs a standard lithium-ion battery.

At the interior, Chevrolet will offer a new version of the well-known MyLink infotainment system which is scheduled to be offered along with the new Impala sedan.

Chevrolet also points out that the new Spark plug-in electric model is just one of the 13 new redesigned products in the range.

The company decided to create an electric version of the Chevrolet Spark mainly thanks to its popularity in the U.S. and “its expressive design, roomy interior and MyLink connectivity”.