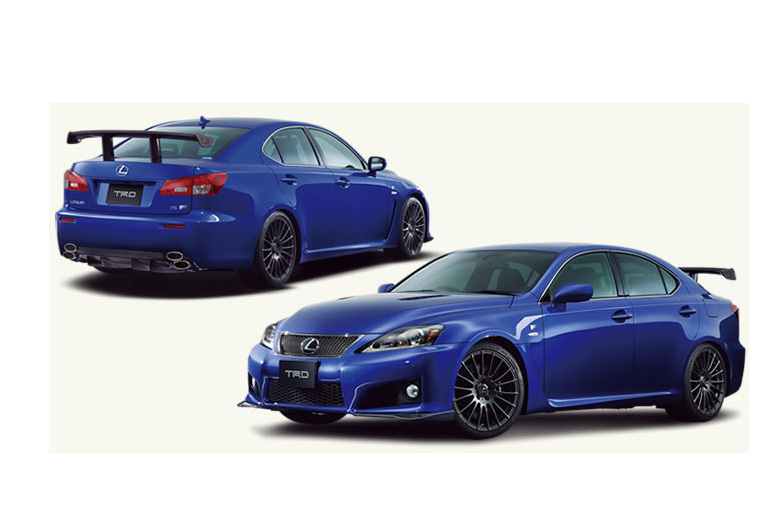 Those of you thinking the Lexus IS-F’s 2012 facelift isn’t hot enough or aggressive enough looking will be glad to know that TRD shares your point of view.

TRD is Toyota’s in house tuner and they aren’t too shy about touching up with the luxury brand’s offerings thus including the IS-F for eligibility.

Unlike most tuners, in house or not, TRD didn’t come up with an all original new creation and instead chose to replicate a Japanese concept from last year.

The tuners almost mercilessly ripped off the Lexus IS-F Circuit Club Sport concept the parent company unveiled at the 2010 Tokyo Motor Show and while that’s a bad thing, the end result isn’t exactly worth crying over.

With that much carbon fiber, that substantial a change to the body kit and that sharpened up a suspension the Lexus IS-F stops being a “a bucket of warm wallpaper paste”.

That sharpened up suspension was designed with the JDM market in mind so it’s probably harder than simply falling down the road but who cares, TRD offers stabilizers, springs and different shocks in two setups, neither of them fitted with a comfort option.

Inside, the new Lexus IS-F also gets some carbon fiber fittings and some of the sound deadening removed, thus making it much easier to hear the new titanium muffler sets.