Mini Countryman to be seen in Dakar 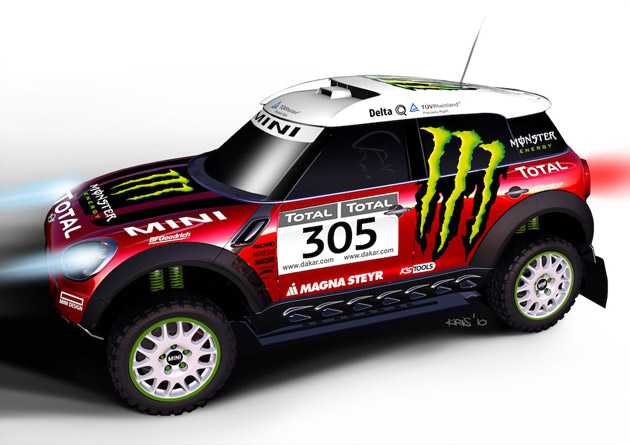 Mini’s latest offering seems to attract quite a lot of interest. This must be why the Countryman has been chosen to be prepped for the Dakar run.

The equipment is all there since the money and effort is coming in from Monster Energy and X-Raid Team but the Countryman doesn’t seem to be making the splash everybody is hoping for.

The Mini Countryman Dakar racer will be powered by a diesel engine and is what you’d call a rush job. Its entire preparation program is to last less than 90 days.

With the building process nearing an end, the Mini Countryman is scheduled to hit some testing in France sometime during the middle of this month and by New Year it will be sent off to Argentina.

Oh yeah, forgot to mention. Because of this rush job regime we have word on how the Mini Countryman will run in the 2011 Argentina-Chile race but the rest of the rally is uncertain.

As an interesting turn of events, the diesel engine that’s been put in the Mini Countryman is the same sort of engine that won BMW this particular race last year.

That victory was claimed by the Bavarians with the help of the same X-Raid team.