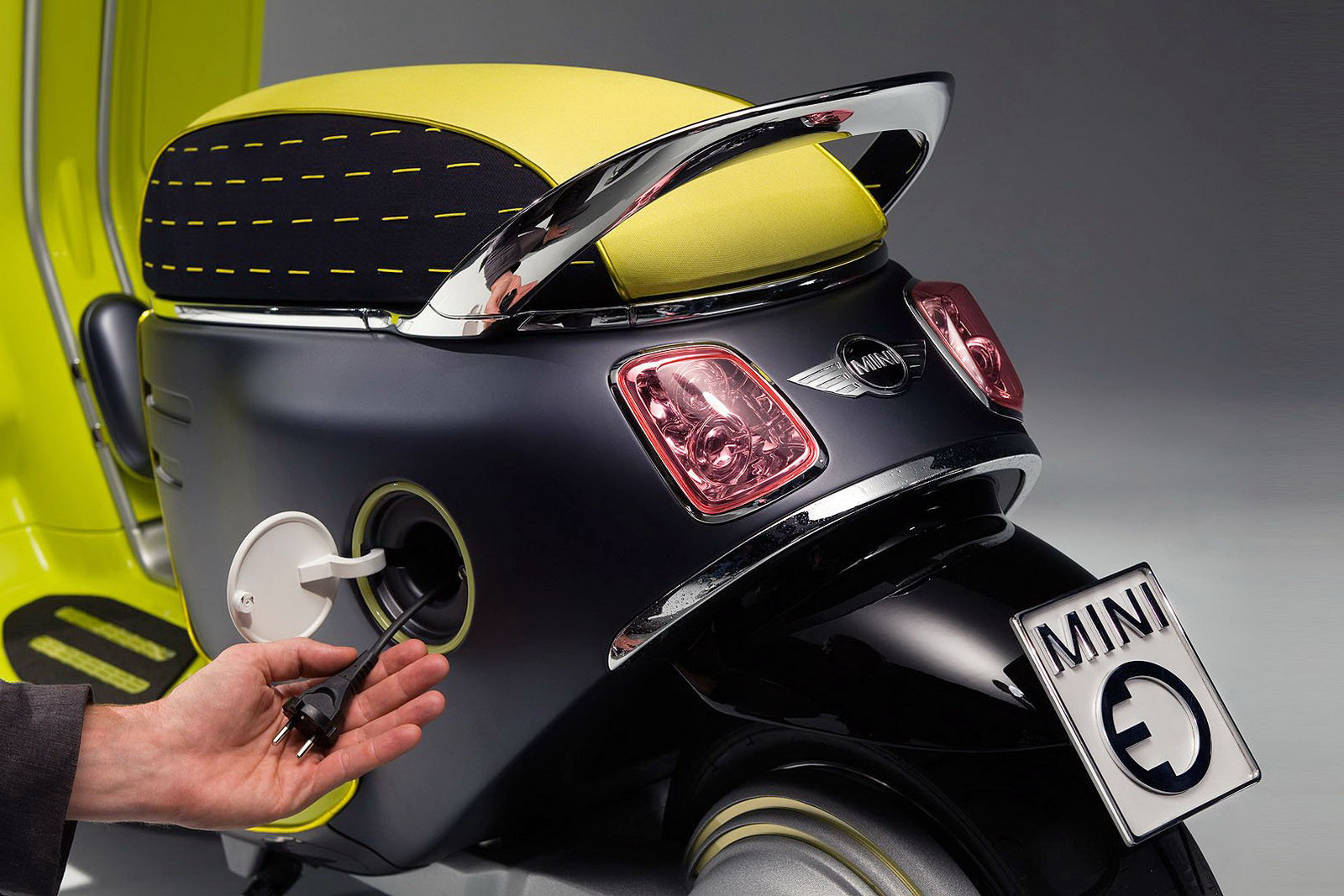 Remember the recent bomb Mini dropped about an electrically powered scooter that was to be revealed at the Paris Motor Show?

It seems that they can hardly wait to show it off, just about as much as potential customers hardly wait to see it and test it. Or maybe they got a bump of inspiration when Smart officially released some photos of their version of an electric scooter?

In actual fact and leaving the competition aside the BMW Group owned maker will display three individually colored and trimmed versions of its lithium-ion battery-powered scooter study at next week at the French motor show, all of which are being presented in the images we have here.

There is a set of styling cues present on the Mini Scooter E which clearly show from what automobile company this product comes. First and most important bits are the headlamps and the mirrors which definitely look like something Mini. More details of this rather cheeky two wheeler should arrive at it’s Paris Motor Show debut but so far we do know that it will be having a docking mechanism between the handlebars that will make life easy with navigation and such via a smartphone.