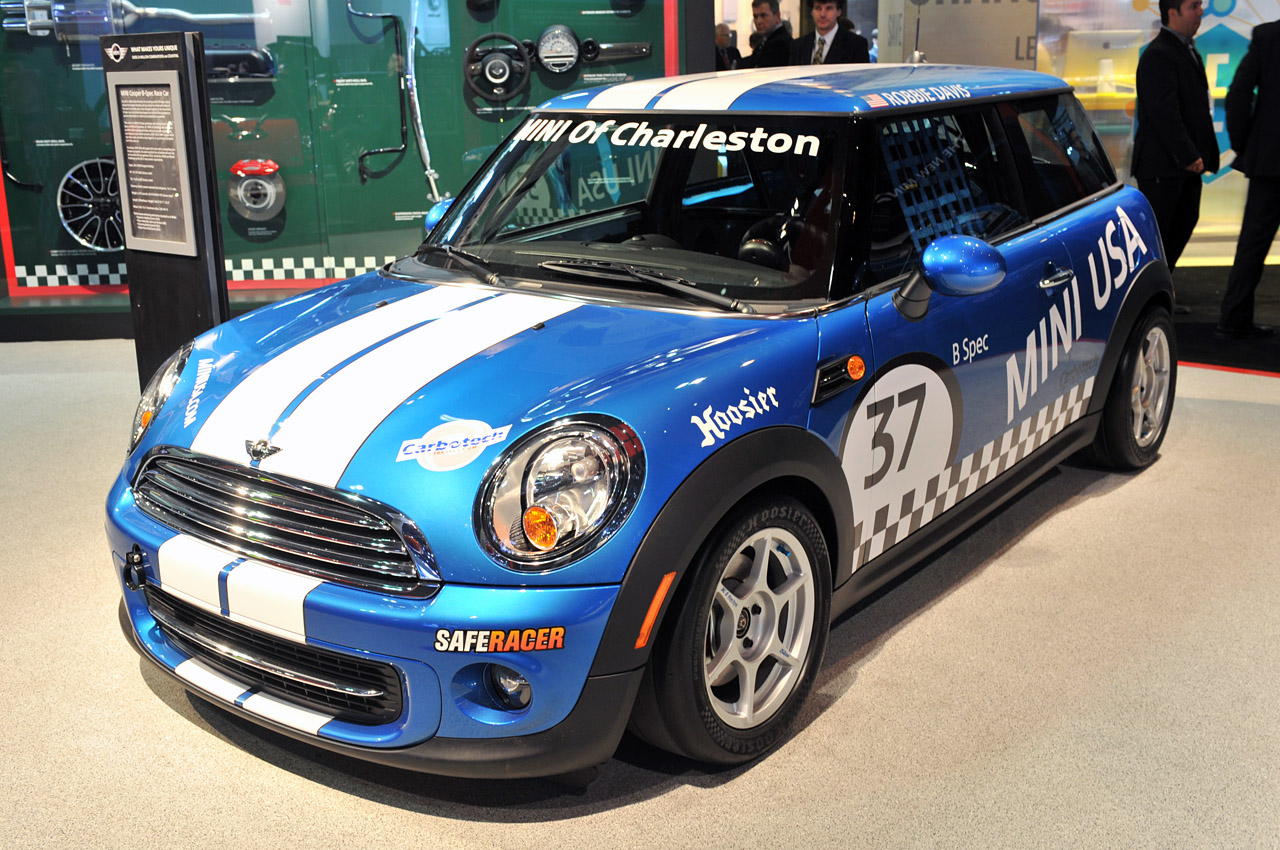 The original Mini Cooper has always been a British motoring icon and its racing versions have been mostly appreciated in the island nation.

In betting on some similar appeal to happen in the United States the BMW owned company just announced the unveiling of their B-Spec racing version of the modern Cooper.

Since B-Spec racing doesn’t allow for extensive modifications, this racer actually resembles the Mini Cooper you see on the streets.

Power comes from a 1.6 liter turbocharged four pot that’s not very far away from the factory setup and the output is surprisingly low too.

Only 123 horsepower and 114 lb-ft of torque are available and though the rest of the specs haven’t been released, it’s bound to be quite a long way away from the factory-spec 8.4 seconds needed to get to 62.

Despite having added a roll cage and a very heavy racing net, the new Mini Cooper B-Spec only weighs in at 2.535 pounds.

The racing seat and stripped interior may have had something to do with it, but I wouldn’t be so sure about it.

Amateur drivers and privateer teams a like can use the Mini Cooper B-Spec to race in competitions like the SCCA, Grand Am and the World Challenge series.

Also part of the missing details from this unveiling, the Mini Cooper B-Spec racer hasn’t yet told us when it will be ready to go on sale.