Romeo Ferraris celebrate 150 years of Italy with a … Mini 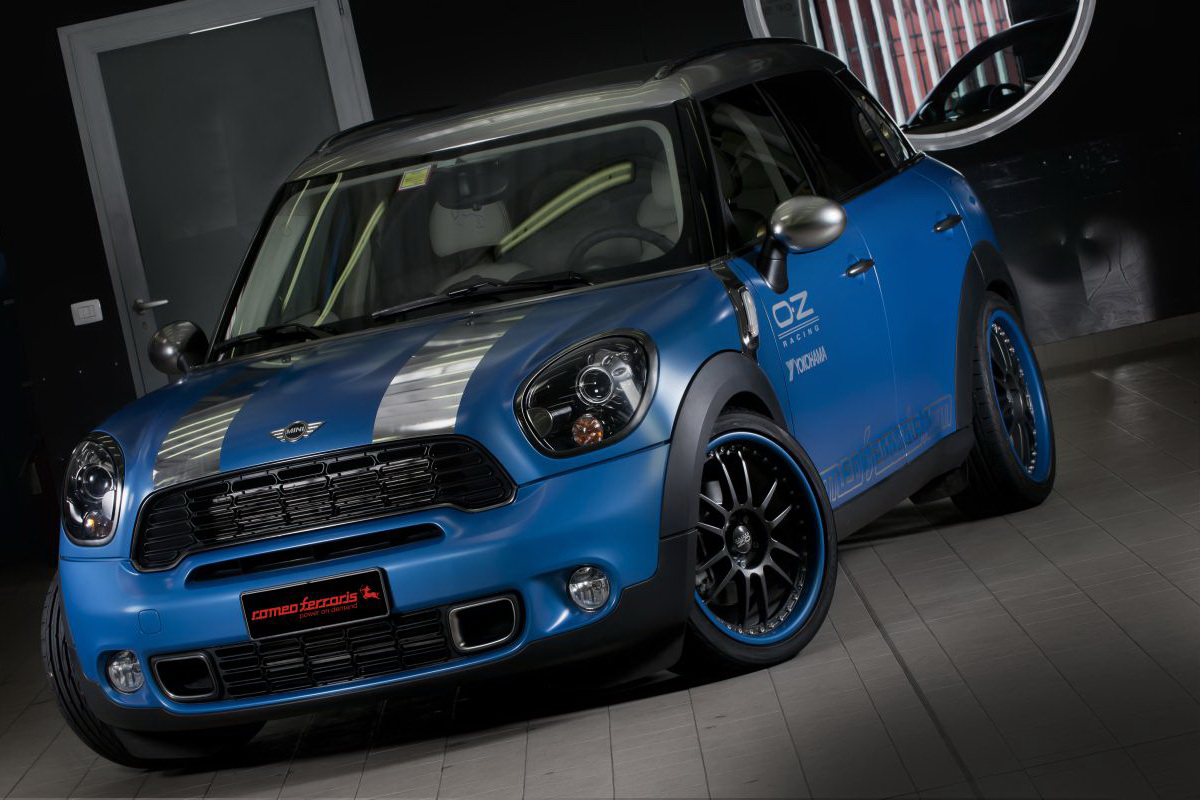 Few nations are as proud as the Italians. With their celebration of 150 years since their country is what we know it as being today.

In all fairness, there’s a lot to like about Italy and there’s a substantial amount of heritage to consider on top of that but what I don’t understand is why an Italian tuner called Romeo Ferraris chose a special car to celebrate this.

Once based on the British Mini Countryman it’s now called the 150 Anniversary edition and its quite a lot less discrete looking.

Since we are talking about something from Italy, we might as well start with the styling.

Romeo Ferraris redid the exterior with a complete matte blue foil wrap. In order to accentuate the new exterior finish there’s a couple of silver hued stripes on the hood, rear hatch and the roof.

Some decals have appeared on the sides of the Mini Countryman but we’ll let those slide. What can’t be ignored however is the two-tone (color coded, of course) 19 inch alloy wheels wearing Yokohama Advan Sport tires.

Underneath these particular wheels the Italians apparently fitted a set of Brembo brakes and behind the whole ensemble there’s a sporty and height-adjustable suspension system.

Speaking of sporty stuff, the Romeo Ferraris Anniversary Edition of the Mini Countryman wouldn’t be Italian if it couldn’t take an added beating on the road.

The 1.6 liter turbocharged petrol engine Mini offers in Countryman gets a considerable amount of upgrades for “the job at hand”.

By considerable amount I mean there’s a new intercooler, a sports air filter, a race-spec exhaust system and a new ECU map setup in order to have all these components work together.

Summing up all of the added goodness means that the same 1.6 liter turbocharged Mini engine now develops a seriously impressive 227 horsepower and 242 lb-ft of torque.

If you’re not up to date on what the British crossover can normally develop, let me tell you that Romeo Ferraris managed to squeeze an extra 43 horsepower and 65 lb-ft of torque from the small force fed four cylinder.

The interior was also changed and they ended up using white leather with blue piping to cover the seats and door panels.

A massive highlight of the Romeo Ferraris Mini Countryman Anniversary Edition is the inclusion of the Italian flag in a very tasteful manner on the backrests of the seats.