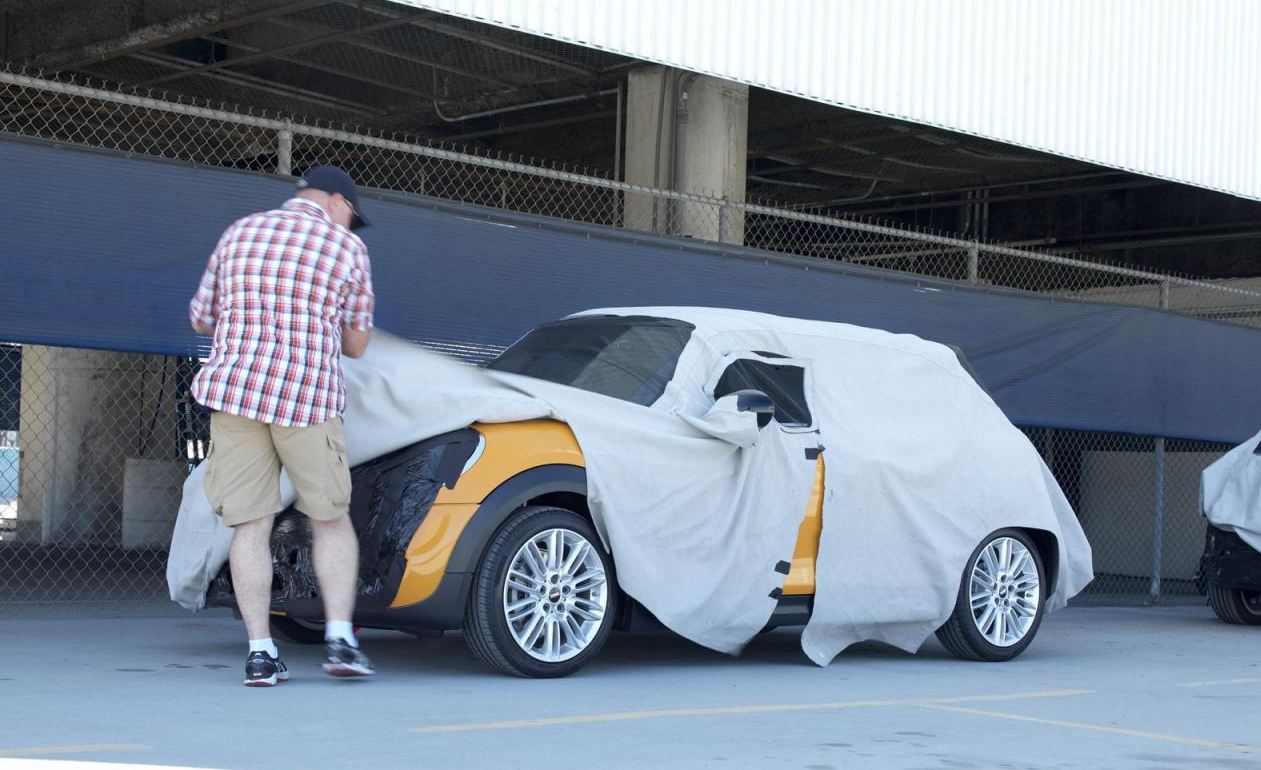 As you may have already heard, the Frankfurt Motor Show planned for September this year is supposed to host plenty of long waited events. One of them will be the official presentation of the new Mini Cooper.

Even so, with two months prior to this big event, the officials behind Mini Cooper decided to tease us with a… teaser.

Therefore, in the joyful spirit of Mini Cooper that we all got used to, the brand launched a press released together with a first image of the next unit. Unfortunately, even this breadcrumb contains, once again, a spy shot!

Obviously, the Englishmen have their own strategy, making fun of the “compromised situation” in which the new Mini Cooper was photographed, during a “private moment”, just like it happens to the most important personalities in the United Kingdom!

Have no fear, this is just a teaser indeed as the real series of official photos should come to light pretty soon. After all, the guys from Mini Cooper stated it clearly: soon enough, we will get to see the new generation.

So looking forward to see the Cooper undisguised, hopefully long before the Frankfurt Motor show!