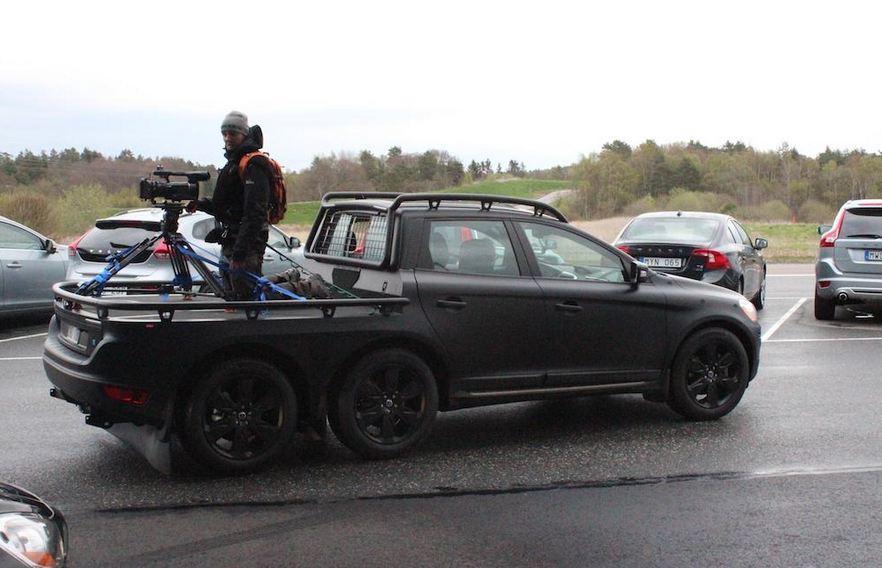 At first glance, you would believe the Swiss car maker decided to take on the crazy 6×6 Mercedes-Benz G63 AMG. And that would be quite out of character for the manufacturer.

But don’t hold your breath, that is not the case. The six-wheeled Volvo XC60 is just an utilitarian vehicle for in-house use.

Caught on film in front of Volvo’s headquarters, this pack mule was mainly designed as a camera platform. It has been extended and the roof at the back was dropped. A lot of storage space was provided for the bulky video equipment. There are even sockets fitted behind the cabin, for the cameras to use.


At the interior, seven inch twin displays have been installed on the front headrests. They are able to display a live feed of what the cameras at the back are capturing. When asked about the strange six wheeler, Volvo said this XC60 was recently added to the fleet as a replacement for the V70.