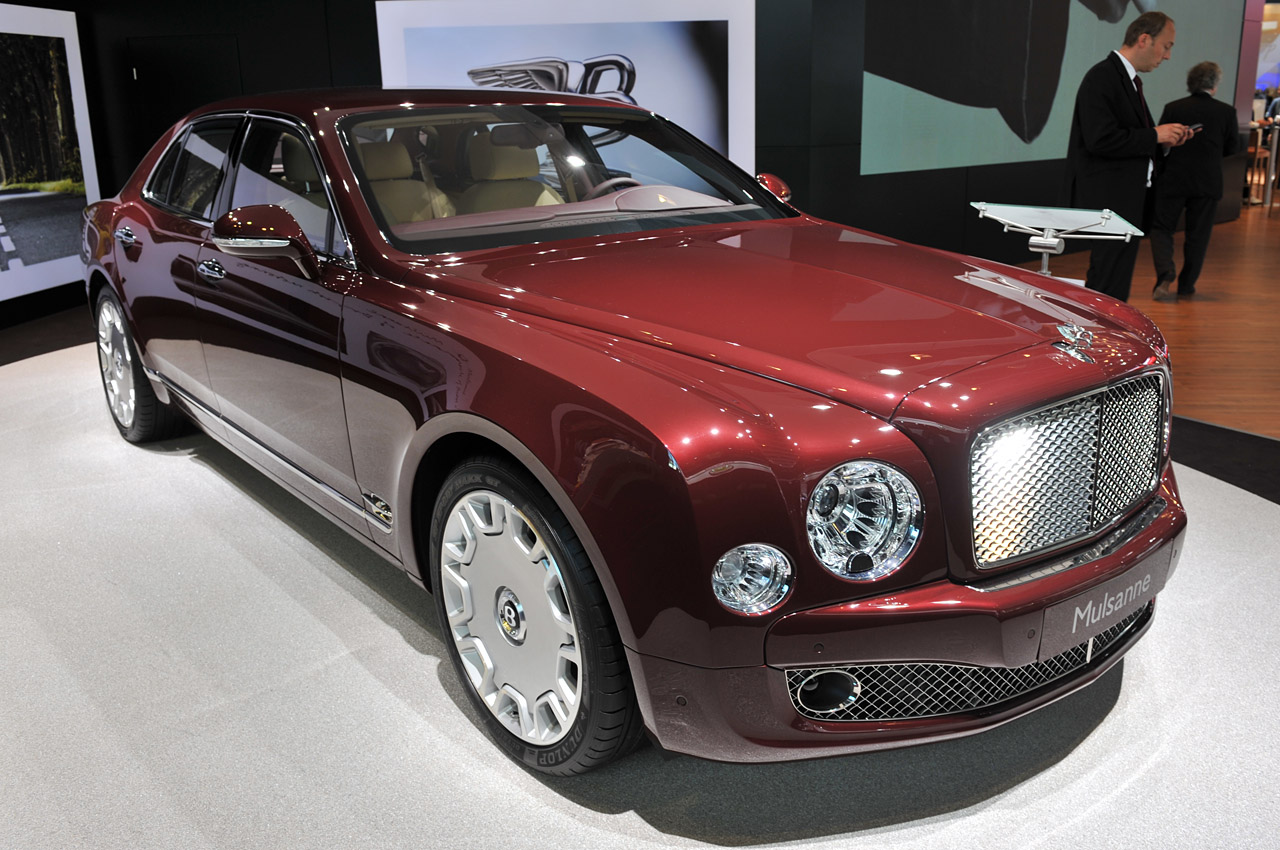 Bentley’s new Mulsanne is one of the few models in their lineup that still keeps some of the good old British luxury charm about it.

At least as far as the exterior appearance, drivetrain layout and engine performance is concerned. The interior has grown a bit more like German luxury.

And with the latest offering from the 2011 Frankfurt Motor Show, the Executive Pack, it’s grown a lot more tech than shagpile carpet.

The Executive Pack is meant to festoon the Bentley Mulsanne interior with anything one may need to turn their land yacht into a mobile office.

The folding picnic tails of yesteryear no longer serve humble purpose of helping you sign documents and holding your lunch on the move.

In the Executive pack they are the holders of some Mac keyboards and pretty much everything that’s in the back of the Mulsanne comes with its very own USB drive.

Actually, besides the point missing on the British luxury idea Rolls Royce got us accustomed to, and even Bentley with the Brooklands, there’s another nagging feel about the new interior on the Mulsanne.

It does bare an uncanny resemblance to the recent facelift they did on the Maybach and its interior.

Happily though, with the Bentley Mulsanne, even in the Executive Pack equipped version, has a front cabin that’s “as dignified as a rolled umbrella”.