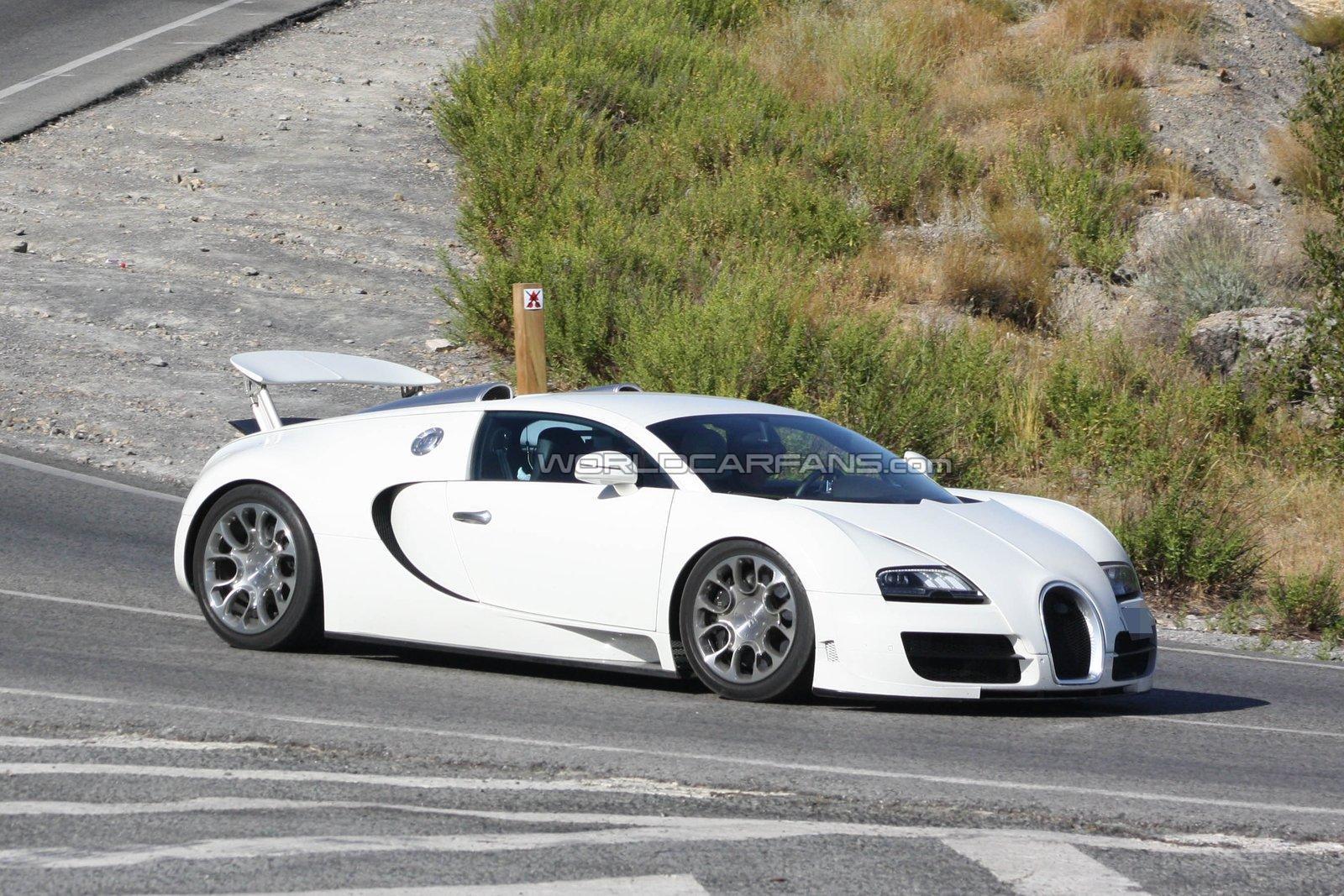 Despite this, guess what’s been spotted driving around the Bugatti factory’s in Molsheim, nothing other than a Bugatti hypercar with an open top and a new face.

I’m not that slow minded, the new front end isn’t supposed to hint at a facelift but at a high performance mod which makes for better cooling.

Sounds boring doesn’t it. The truth is that when better cooling is involved with a Bugatti Veyron, it can only be so in search of more performance and speed.

Now I’m not saying that this new convertible version of the Veyron will be just as fast as the SS but since there’s a considerable power boost to consider it may be very interesting to watch for.

After all, if a 1.6 liter naturally aspirated engine getting a power boost isn’t very relevant, when it comes to Bugatti’s 8 liter W16 quad-turbocharged engine, there’s a new story to consider.

Since the SS version’s 1200 horsepower isn’t achievable or even completely usable, and the 1001 horsepower of the standard car is a little “done” there’s bound to be something in the middle.

All we can do now is wait for Bugatti to actually come out with some serious news on the Veyron Grand Sport’s SS version.